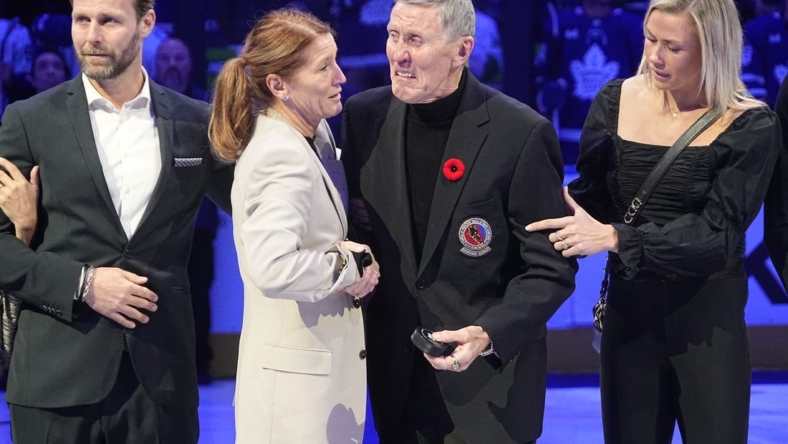 The Toronto Maple Leafs announced the passing of Hockey Hall of Fame defenseman Borje Salming on Thursday. He was 71.

The Maple Leafs announced on Aug. 10 that Salming had been battling amyotrophic lateral sclerosis, or Lou Gehrig’s disease.

“The Toronto Maple Leafs mourn the loss of Borje Salming,” Maple Leafs president Brendan Shanahan said in a statement. “Borje was a pioneer of the game and an icon with an unbreakable spirit and unquestioned toughness. He helped open the door for Europeans in the NHL and defined himself through his play on the ice and through his contributions to the community.

“Borje joined the Maple Leafs 50 years ago and will forever be a part of our hockey family. We extend our deepest condolences to his wife, Pia, his children Theresa, Anders, Rasmus, Bianca, Lisa and Sara, and brother Stieg.”

Salming was the first player from Sweden to be inducted into the Hall of Fame in 1996.

His jersey No. 21 was raised to the rafters at Scotiabank Arena in 2006 and officially was retired by the team in 2016.