Former Lions GM reveals his greatest regret with the team 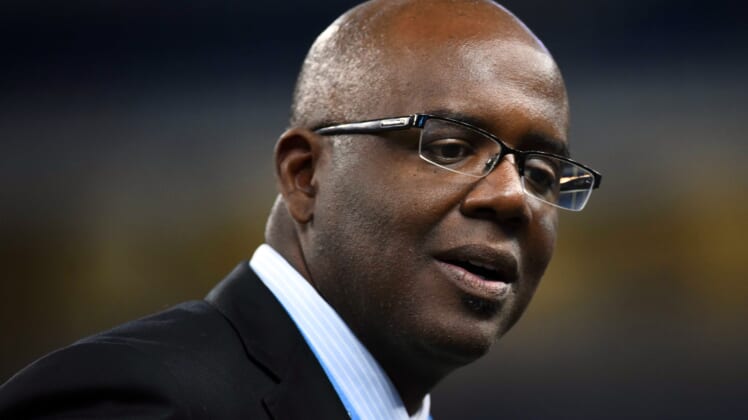 Former Detroit Lions general manager Martin Mayhew has plenty of decisions he wishes he could take back during his years with the organization. It’s the decision he made in the 2014 NFL Draft that haunts him the most.

The decision to pass on Donald, a two-time Defensive Player of the Year winner, still bothers Mayhew to this day.

Ebron never lived up to his status as a top-10 selection in Detroit. After hauling in 11 touchdowns during his four seasons, the Lions moved on from Ebron. It wasn’t until he left Detroit that the athletic tight end lived up to his potential, recording 13 touchdowns in 2018 with the Indianapolis Colts.

Fortunately for Mayhew, he now has a shot at winning a Super Bowl ring. He joined the San Francisco 49ers in 2017 as a senior executive and now serves as the team’s vice president of player personnel.

If the 49ers win Super Bowl LIV, Mayhew will receive the second Super Bowl ring of his career and his first as an executive.