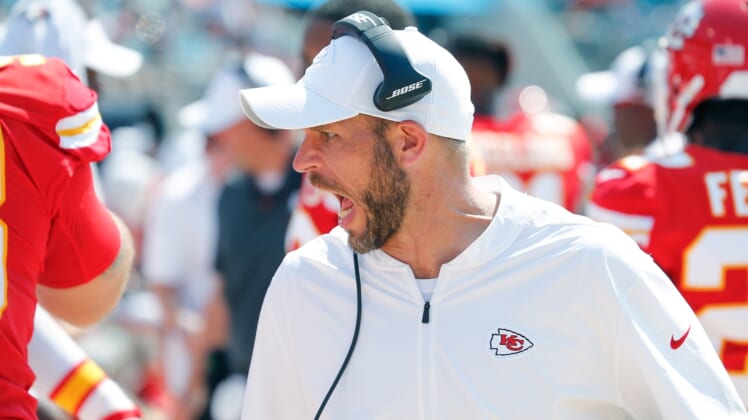 If convicted of the Class D felony, Reid could be sentenced up to seven years in prison.

Reid, 35, is the son of Chiefs head coach Andy Reid. He was expected to turn himself in and be booked later Monday. Prosecutors have requested $100,000 bond and GPS and alcohol monitoring of Reid.

Kansas City prosecutors say Reid had a blood alcohol concentration of .113 from a sample taken two hours after he barreled into a disabled vehicle on I-435. Reid was driving 83.9 miles per hour — in a posted 65 — 1.9 seconds before slamming into the vehicle, per the probable cause statement form.

Reid “operated a motor vehicle while under the influence of alcohol, and acted with criminal negligence by driving at an excessive rate of speed,” Jackson County (Missouri) prosecutors said in the filing.

Ariel Young, 5, was critically injured in the Feb. 4 wreck.

“The Kansas City Chiefs organization remains steadfast in our concern for all who have been impacted by this tragic accident,” the Chiefs said in a statement Monday. “Our prayers are focused on Ariel’s continued healing and recovery. The Chiefs are regularly in contact with the family’s designated representative during this challenging time.”

An attorney for the family of Young said the young girl was released from the hospital and went home on April 2.

“The charge is absolutely appropriate under the circumstances,” attorney Tom Porto said in a statement. “Ariel will have to endure the consequences of this crash for the rest of her life. … As of right now, she still cannot walk or talk and depends on a feeding tube for basic nutrition.”

Reid suffered blunt force trauma to his groin in the accident which required emergency surgery, per the filing.

He was initially placed on administrative leave by the Chiefs before the organization decided against renewing his contract. He’s no longer with the team.