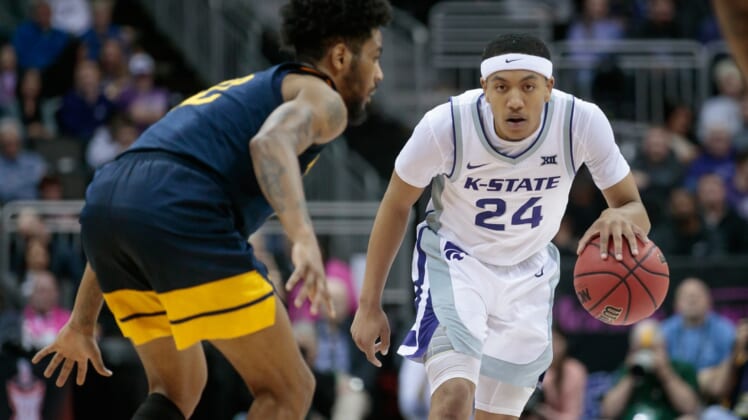 One of the most hotly pursued basketball players in the transfer portal has announced a destination, as former Kansas State guard Nijel Pack announced via Twitter on Saturday that he will be joining the Miami Hurricanes.

Pursued by the Hurricanes as well as top Big Ten contenders Ohio State and Purdue (among others), Pack made waves by entering the portal following the dismissal of former Wildcats coach Bruce Weber in March.

The 2021-22 All-Big 12 performer averaged 17.4 points per game in his second season in Manhattan, Kan., following a freshman debut that included a 12.7 scoring average.

He joins a Miami squad headed by Jim Larranaga fresh off an Elite Eight run and 26-win season.

“The way Coach L allows his players to play with freedom and get up and down the floor with an NBA-style offense, I feel like I can thrive in his program,” Pack told ESPN. “Miami felt like home for me and my family, and I look forward to building off last year’s Elite Eight run.”

Larranaga was pleased to land Pack.

“Nijel is a tremendous addition to our team. He is truly one of the finest players in the country, as well as an excellent young man with an elite work ethic who loves basketball,” Larranaga said in a news release. “Nijel is not only a high-level scorer with elite shooting abilities, but also a superb playmaker and defender. We’re thrilled to welcome Nijel and his family into the Miami basketball program.”

A Miami health-based company named LifeWallet announced Saturday that it has agreed to a two-year, $800,000 Name, Image and Likeness deal with Pack. The agreement includes a car.