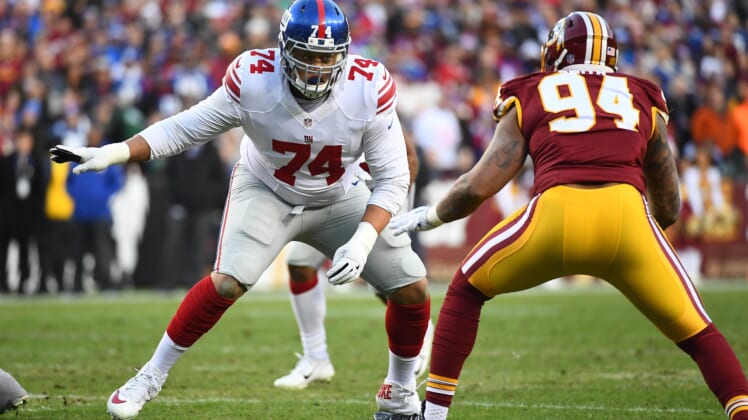 Fresh off clearing waivers after his original New York Giants ridded themselves of him, former first-round pick Ereck Flowers is meeting with a familiar face.

According to ESPN’s Adam Schefter, the long-embattled offensive lineman is taking a visit with the Jacksonville Jaguars on Thursday.

Former Giants’ OT Ereck Flowers cleared waivers today and is visiting the Jaguars on Thursday, per source. He has multiple other teams that want him to visit after Jacksonville.

Relationships are everything in the NFL. It’s in this that we shouldn’t be surprised that the first visit for Flowers will be with a Jaguars team headed by president Tom Coughlin, who was the Giants’ head coach when they selected him No. 9 overall back in 2015.

Having started 48 games in three-plus seasons with the Giants, Flowers offers up a ton of experience.

Though, he’s proven to be a turnstile as a left tackle in the NFL and might be in need of a move to guard in order to prolong a now-fledgling career.

The Jags themselves are in need of depth along the offensive line after placing starting tackle Cam Robinson on injured reserve earlier this season. Whether Flowers is the answer remains to be seen.