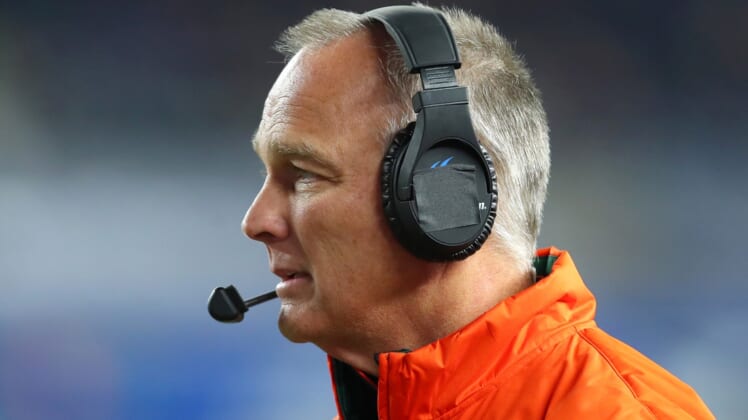 Former Georgia football coach Mark Richt took to social media on Thursday night to reveal that he has been diagnosed with Parkinson’s disease.

“I have been waddling around lately and people have asked me what’s wrong. I’ve decided to tell everyone at the same time. I have been diagnosed with Parkinson’s,” Richt posted, in part, to Twitter.

He added that he intends to keep working as a commentator for ACC Network.

Richt, 61, went 145-51 in 15 seasons as the Bulldogs coach, winning two SEC championships and finishing as the second-winningest coach in Georgia history. He was fired in 2015 and went on to coach his alma mater Miami for three seasons.

He also won two national titles as an assistant on Bobby Bowden’s staff at Florida State in the 1990s.