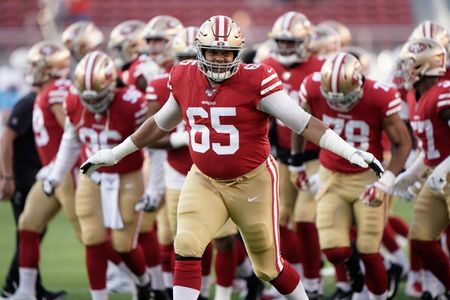 Guard Joshua Garnett, a first-round draft pick in 2016 by the San Francisco 49ers, has retired.

The Washington Football Team, his current employer, announced the move on Tuesday.

In a corresponding move, Washington added defensive end Casey Toohill to the active roster. He was claimed off waivers from the Philadelphia Eagles and cleared his mandated six days of pre-entry COVID-19 testing.

Garnett, 26, played collegiately at Stanford. Washington signed him over the summer and activated him from the practice squad for the past three games. He played the bulk of his snaps on special teams for Washington.