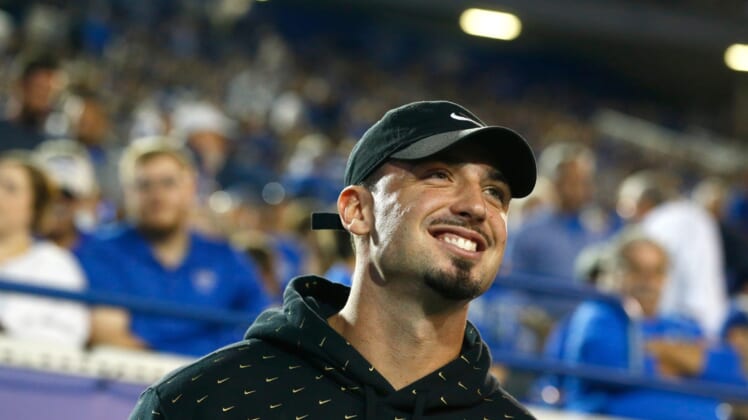 Former Memphis quarterback Paxton Lynch hears a warm greeting from the crowd during their game against Tulane at the Liberty Bowl Memorial Stadium on Saturday, Oct. 19, 2019.H6w7138

The Roughriders announced the move Monday to add Lynch, who was originally selected by the Broncos with the 26th overall pick in the 2016 NFL Draft out of Memphis.

Chosen by then-general manager John Elway, himself a Hall of Fame quarterback in Denver, the 6-foot-7 Lynch never panned out with the team. In his only NFL action, four starts over the 2016 and ’17 seasons, he went 1-3 as a starter, completing 61.7 percent of his passes for 792 yards with four touchdown passes and four interceptions.

Lynch was cut by the Broncos before the start of the 2018 season. He hooked on briefly with the Seattle Seahawks and Pittsburgh Steelers, last making an active roster late in the 2019 season with the Steelers.

The Broncos have used an NFL-high nine starting quarterbacks since Peyton Manning retired after winning Super Bowl 50 following the 2015 season.