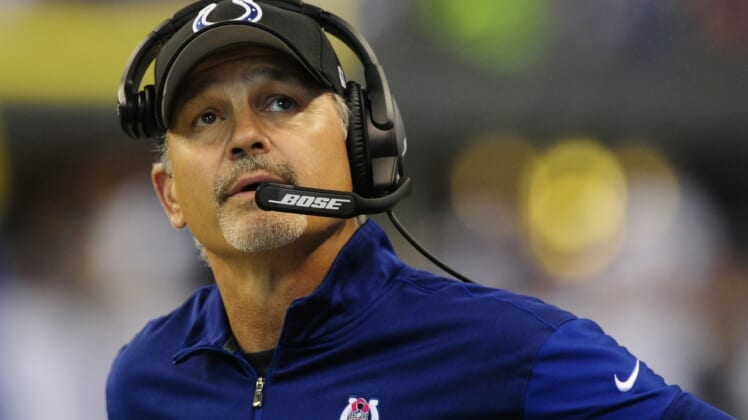 The Green Bay Packers are busy on the coaching front the day after Christmas. A previous report noted that Green Bay had already interviewed former Indianapolis Colts and Detroit Lions head coach Jim Caldwell for the same position.

Now comes this piece of information from Tom Silverstein of the Milwaukee Journal Sentinel noting that Green Bay has interviewed fellow former Colts head coach Chuck Pagano for their vacancy.

The #Packers have interviewed another former #Colts head coach, Chuck Pagano, two sources said. He coached the Colts from 2012-'17. He also worked with Mike Pettine in Baltimore and hired Joe Philbin in Indianapolis.

Pagano took over for Caldwell as the Colts’ head coach back in 2012. He led the team to a playoff appearance in each of his first three seasons before seeing the Colts struggle to a combined 20-28 record from 2015-17.

Prior to his experience in Indy, Pagano was an assistant in Cleveland, Oakland and Baltimore.

Pagano remains a highly respected football mind around the NFL. It just remains to be seen how serious of a candidate he is.