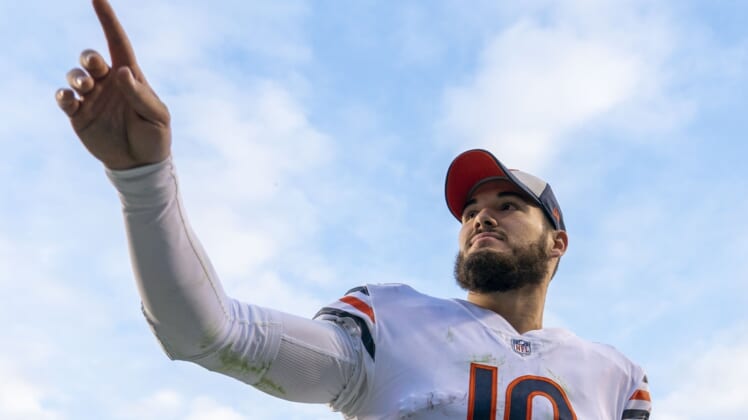 The Buffalo Bills agreed to terms Thursday on a one-year deal with quarterback Mitchell Trubisky.

The Chicago Bears parted ways with the former No. 2 overall draft pick after four seasons and a 29-21 record.

Trubisky, 26, will back up 2020 Pro Bowl selection Josh Allen in Buffalo. Financial terms of the deal were not disclosed.

Trubisky started the first three games for Chicago last season before being benched for Nick Foles, then regained the job in Week 12. He rallied the Bears to victories in three of their last four games to earn a spot in the playoffs, where they were eliminated by the New Orleans Saints in the wild-card round.

The Bears declined to pick up his fifth-year option, making him a free agent.

General manager Brandon Beane doesn’t expect Trubisky to be with the Bills for more than one season.

“This is a reset for him. We don’t expect him to be here long term. This is a one year (deal). We hope it’s a great reset for him, making him be the best version of himself in Buffalo and hopefully in a year he can go land a nice starting job.”

Trubisky, who was picked ahead of fellow quarterbacks Patrick Mahomes (10th) and Deshaun Watson (12th) in the 2017 NFL Draft, made the Pro Bowl and led Chicago to the NFC North division title in 2018.

“Love you Buffalo, it’s been real,” he tweeted.

Barkley, an eight-year veteran, spent the last three seasons with the Bills.