Former CFB player quits DoorDash to return to the gridiron 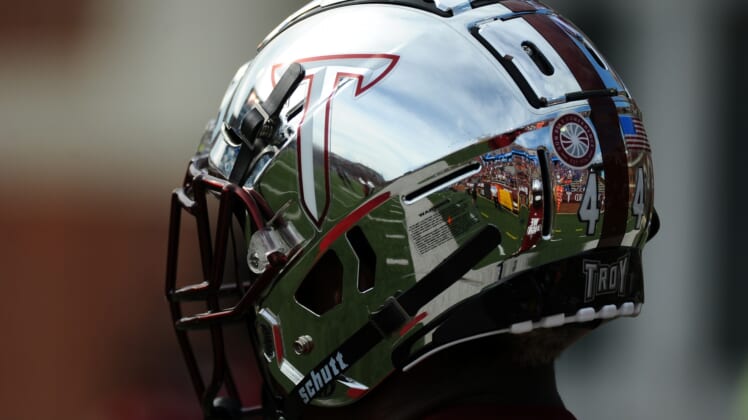 Tanner Blatt played sparingly for Troy over the past two seasons, ultimately deciding to give the game up during the early part of last year.

What followed is something the young man could have never imagined. Working for the food delivery company DoorDash since his “retirement,” Blatt figured a phone call he received last week was an order for delivery.

Instead, it was Troy head football coach Chip Lindsey. Over a year after Blatt left the program, Lindsey had an offer for him.

“He said, ‘I have the craziest proposition of your life. I need you to come back and play running back for us,’” Blatt noted, via the Montgomery Advertiser. “I took a shower, got a little bit of food and took off to practice.”

The Trojans had lost three running backs to injury and needed a non-scholarship player to fill in. A walk-on from back in 2017, Blatt was more than prepared for the opportunity.

He gained 44 yards on 11 attempts in a 35-7 over Akron last weekend. This came mere days after Blatt was out there delivering food to people who were too lazy to leave their abodes.

“It’s crazy how it worked out,” Blatt said. “Over the past semesters, my classes had been in the afternoons. It just so happens that all my classes now are done right before practice.”

Prior to his 44-yard performance for Troy, Blatt had played one game with zero rush attempts in two seasons.

Talk about an amazing story.