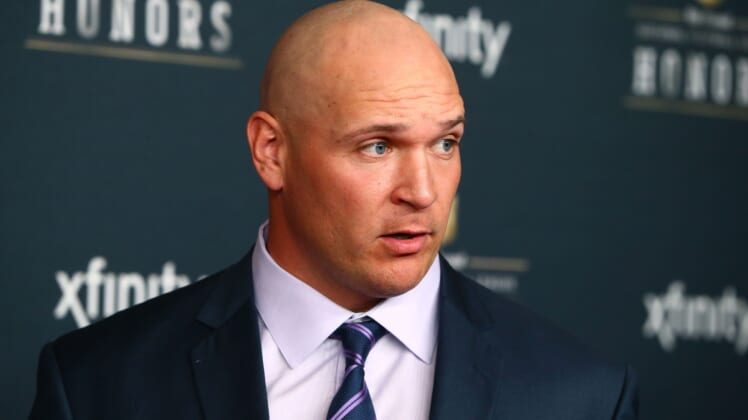 Former Chicago Bears star Brian Urlacher is being sued for $125 million by the mother of his child in a case that’s bizarre, to say the very least.

Per a TMZ Sports report, Urlacher and the woman, Tyna Karageorge, had a child together in 2005. The woman would later marry a man, Ryan Karageorge, who eventually died of a gunshot wound to the head.

“Tyna had told police she and Ryan had been arguing on the night of the fatal shooting — and at one point, he reached for a pistol in her purse and shot himself,” the TMZ Sports report said. “In her suit, Tyna claims Urlacher — along with his lawyers and a reporter for the Chicago Tribune — concocted a diabolical plot to convince officials and the public that the shooting was NOT a suicide, but rather Tyna murdered Ryan.”

Her claims are that this story was concocted so that Urlacher would get full custody of their child.

Until Urlacher speaks on this, it will be hard to form a complete opinion. This is certainly a very sad case with a lot of very odd details to it. It only figures to get more messy as facts continue to be revealed.