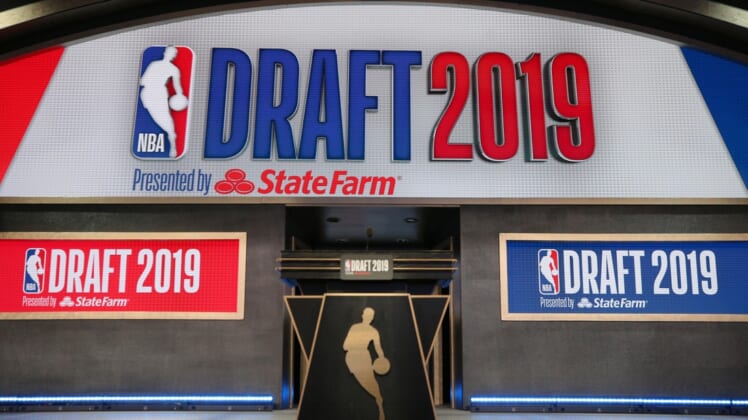 Former five-star forward Makur Maker, who ESPN said in 2020 was the first five-star recruit to commit to a historically Black college, plans to declare for the 2021 NBA Draft, ESPN reported Friday.

The Howard Bison freshman, who was an elite recruit in the 2020 high school class, does not intend to sign with an agent yet to leave open the chance to return to school next season if he chooses.

The 6-foot-11, 235-pound Maker — cousin of former Milwaukee Bucks first-round pick Thon Maker — played only two of the team’s five games last season before he first suffered a groin injury, then the team had the season shortened because of COVID-19 concerns.

In his two outings, against Belmont and Queens NC, he averaged 11.5 points and six rebounds per game.

Maker, 20, was ranked No. 16 in the ESPN 100 coming out of high school and chose Howard more high-profile programs such as UCLA, Kentucky and Memphis. Originally from Sudan, he also lived in Australia before eventually moving to and attending high school in the United States at Hillcrest Prep in West Hills, Calif.

He committed to Howard last summer during a wave of national protests over alleged police brutality toward minorities.

“I was the 1st to announce my visit to Howard & other started to dream ‘what if,’ “Maker posted to Twitter after picking Howard in July 2020. “I need to make the HBCU movement real so that others will follow.”