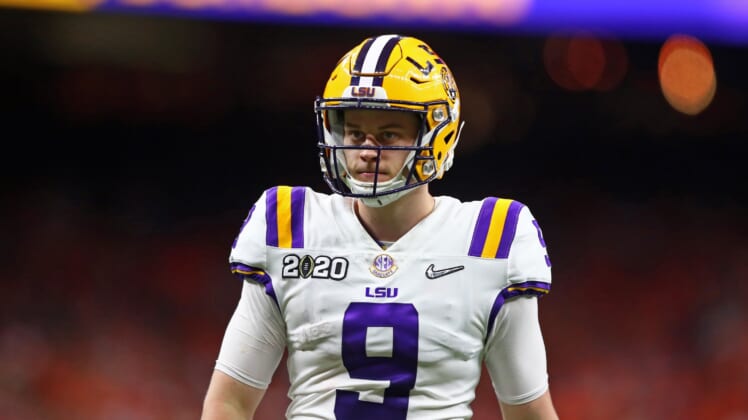 For months, it’s been widely assumed that the Cincinnati Bengals will take Joe Burrow with the No. 1 overall selection of the 2020 NFL Draft.

Now that the draft is just weeks away, that sentiment has only grown stronger. According to Tony Pauline of Pro Football Network, it stems from what the Bengals have been putting out there.

Earlier this week, Pauline wrote: “The vibe the Cincinnati Bengals are giving everybody at this point in time is Joe Burrow is their guy at the top of the draft. They talk about it as though it’s a foregone conclusion.”

Even Burrow seems to have embraced the inevitability that he’s headed to Cincinnati as the No. 1 overall pick this year.

Truly, it would be one of the biggest stunners in modern history if the Bengals did not take Burrow atop the draft this year. He’s viewed by some as the highest-rated quarterback to come out of college since Andrew Luck, and of course Burrow’s 2019 campaign at LSU was legendary by any measure.

Now the big question is: What will Washington do at No. 2 overall?