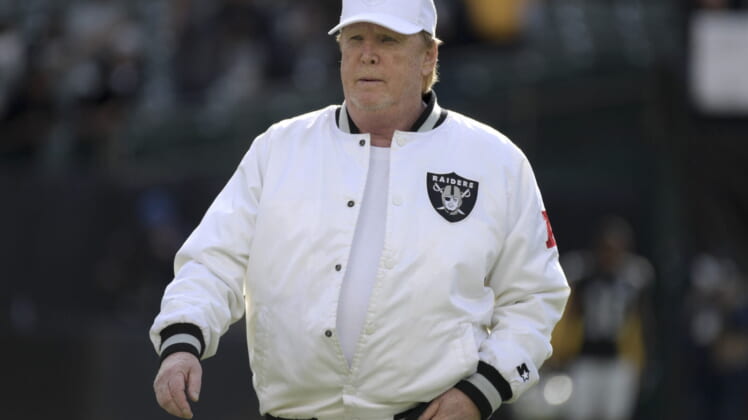 The Forbes annual list of NFL’s most valuable franchises of 2021 were announced on Thursday and the Las Vegas Raiders continued to show why their move to Nevada is paying off. The Forbes NFL list annually covers the value of each franchise and keeps track of the peaks and valleys of each team’s valuation.

Once again, the Dallas Cowboys were ranked as the most valuable franchise in the league as the Forbes NFL list declared that they’re worth $6.5 billion, more than $1.5 billion than any other team. The large, rabid fanbase is a big part of why the Cowboys are worth so much.

Although revenue dropped across the league because of the global pandemic and operating income dropped by over 90% on average (according to the Forbes NFL list), team valuations continue to rise. The average team saw their value grow by 14% over the past year, an impressive number that is even more surprising when considering the circumstances of the COVID-19 pandemic.

The Las Vegas Raiders were ranked 16th on the Forbes NFL list of most valuable franchises – falling back two spots from a year ago but still up 15 spots from their time in Oakland. Forbes announced their total value at $3.415 billion. This represents a 10% increase from last year, growth that is still significant but less than the 14% that is the league average.

The Forbes NFL list also estimated the Raiders had an operating income of -$5.1 million, revealing that the team lost money.

That trend is unlikely to continue this season as fans are allowed back into stadiums in large numbers. Allegiant Stadium is ready to host legions of Raiders fans and the franchise will be happy to see a large increase in box office revenue.

They will also benefit from the fact that Allegiant Stadium has many luxury boxes and other premium seating options for those inclined. These are expensive and will surely be bought by big Raiders fans and businesses from Las Vegas.

Owners of NFL franchises must be happy with the general trend that the league is moving as they watch their assets continue to appreciate. The average NFL franchise is now valued at $3.48 billion. This year ranked as the largest jump in average team valuations in five years.

One reason for this jump is the fact that the NFL continues to have many profitable partnerships, including massive media deals to get their product displayed around the country.

Even without including the league’s deal with DirecTV for NFL Sunday Ticket, the media rights deals still represent over $110 billion. These media deals continue to grow rapidly, which means that each team’s portion of the pie continues to get larger.

By 2032 each team can expect to receive $377 million in national media payouts, a large increase over the $220 million that they see right now.

Because of these partnerships, NFL teams could still survive last year even when posting losses in operating income. The Green Bay Packers are an example that Forbes outlined, and for a good reason. The team posted an operating loss of $38.8 million last season.

Despite that huge loss in operating income, the Packers could still post a net income of over $60 million because of investment gains.

At the bottom of the valuation list are the Buffalo Bills, Cincinnati Bengals, and Detroit Lions.