For the good of the game, Vontaze Burfict must remain unemployed 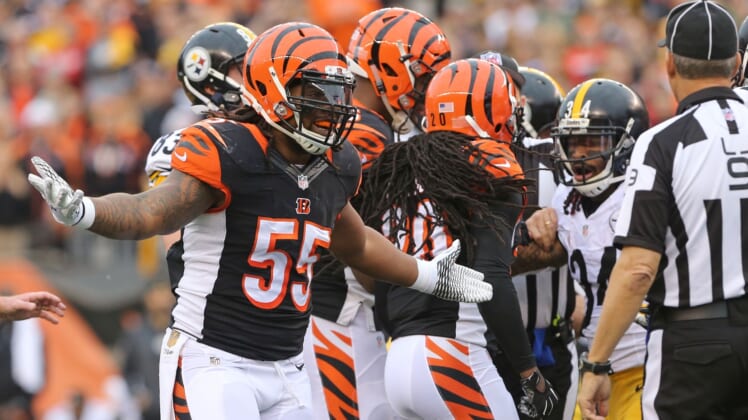 The Cincinnati Bengals finally did what they should have done many times over and cut linebacker Vontaze Burfict on Monday.

Not surprisingly, it didn’t take long for the Oakland Raiders to show interest, and on Tuesday Burfict was already headed to the Bay Area for a visit, per NFL Network.

The big picture: Burfict is a danger to himself and others when playing the game of football. If there is any real concern for player safety in the NFL, Burfict must remain unemployed going forward.

An extensive history: Dating back to very early in his career, Burfict has been the dirtiest player in football. Here’s a list of his NFL suspensions and fines:

If NFL owners are going to collude against anybody it should be Vontaze Burfict. pic.twitter.com/qH7WuAo3TI

The bottom line: Despite being a talented player, Burfict is far too often an out-of-control mess on the field. He’s a menace. He’s the dirtiest player of this generation, and has the receipts to prove it.

The NFL has said it is emphasizing player safety. If that truly is the case, then there is no place for a player like Burfict in the game today.