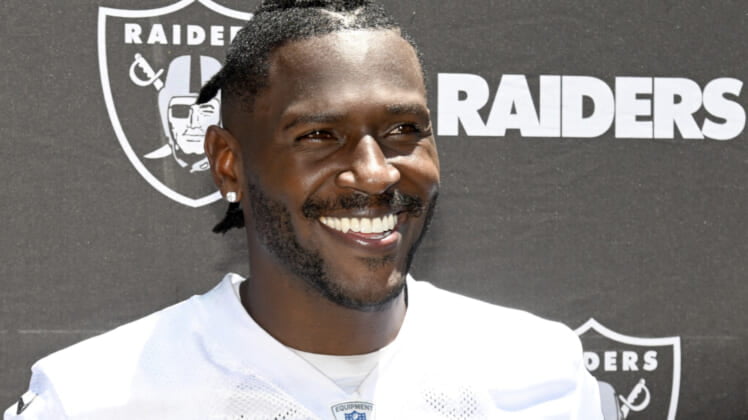 The Antonio Brown saga took multiple twists and turns Friday afternoon. One report indicated that his absence from Oakland Raiders training camp had as much to do with filing a grievance against the NFL as his current foot injury.

Said grievance surrounds Brown’s belief that he should be able to wear the same helmet that he put on during his career with the Pittsburgh Steelers. Accordingly, the NFL put into place new rules restricting helmet types this offseason.

Brown has now reportedly threatened retirement unless he’s able to wear that old helmet. This is not a drill. It’s really happening.

It goes without saying that the football world had some reactions to this absolutely absurd news. Here are the best.