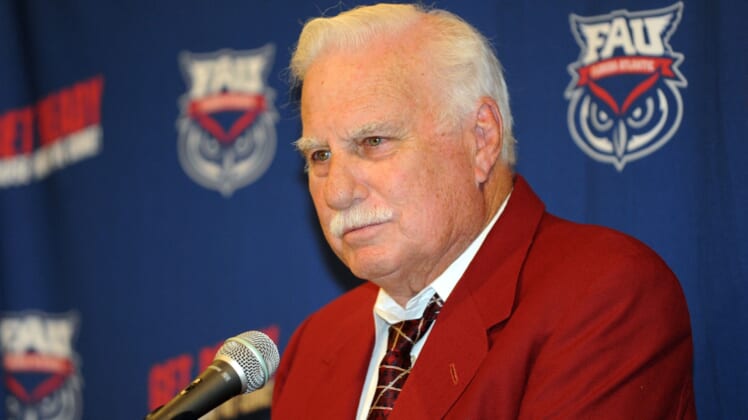 Howard Schnellenberger has one of the richest coaching histories in the history of football, and unfortunately, he passed away at age 87 on Saturday.

Barry Jackson of the Miami Herald reported the news of Schnellenberger’s death, and many who were touched by Schnellenberger throughout his epic gridiron legacy took to social media to honor him.

Schnellenberger’s list of accomplishments in the football world is too vast to do justice in a short amount of time.

From recruiting Joe Namath under Bear Bryant at the University of Alabama to being the offensive coordinator for the Miami Dolphins’ perfect 17-0 season in 1972 to transforming multiple college programs, it’s easy to see why Schnellenberger is held in such high regard.

Schnellenberger notably put three different prominent college football teams on the map, starting with the Miami Hurricanes, where he won a national championship in his final season at the helm in 1983. He also built up Louisville’s national standing, leading the Cardinals to two bowl victories and top-25 finishes in the early 1990s. Schnellenberger also led Oklahoma to a 5-5-1 record in 1995, but left the Sooners thereafter.

For his final act as a coach, Schnellenberger returned to the Sunshine State to literally build the Florida Atlantic Owls from scratch. He began working on the Owls program in 1998, and FAU eventually debuted in 2001 under Schnellenberger. He remained there as coach until 2011. In that span, he helped the Owls to two bowl wins.

Without further ado, let’s take a look at how so many people around the sport paid their respects to Schnellenberger.