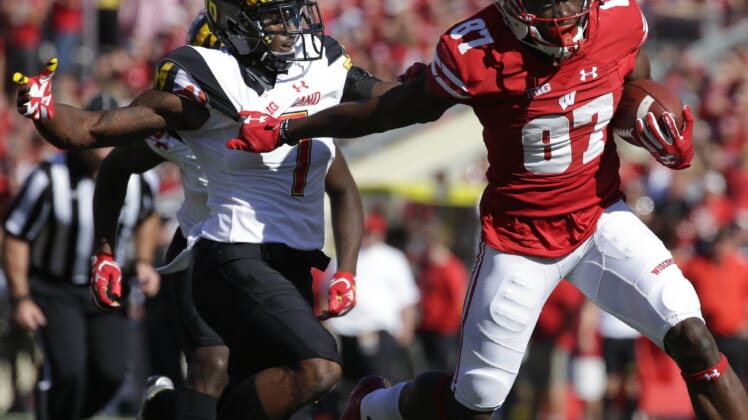 Quintez Cephus was expelled from the University of Wisconsin after being accused of sexual assault. Following a verdict of not guilty, the former Badgers receiver has applied for reinstatement.

“This afternoon, attorney (Kathleen) Stilling and myself filed at the direction and request of our client, a petition for readmission to the University of Wisconsin-Madison,” Cephus’ lawyer, Stephen Meyer, said in a statement Tuesday (h/t Madison.com). “We have asked for a response by Thursday.”

Cephus had been accused of sexually assaulting two women. However, after a trial, he was cleared of all wrongdoing by a jury.

Now, Cephus is trying to get back to making a career out of football.

“He wants to get back to his education and to make a career in football,” Andrew Miltenberg, who was one of Cephus’ lawyers, said. “The path to that is what we’re going to think about.”

Prior to being expelled, Cephus had played two seasons with the Badgers, tallying 34 receptions for 595 yards and six touchdowns.