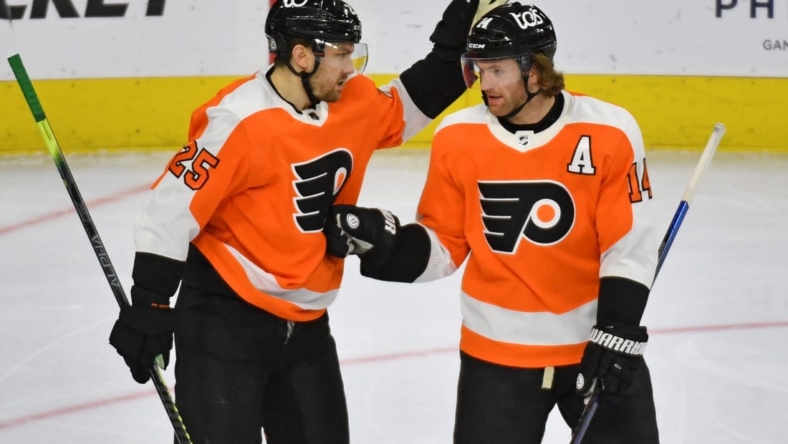 Sean Couturier underwent back revision surgery and is expected to miss three to four months, while fellow Philadelphia Flyers forward James van Riemsdyk will be out for six weeks after undergoing a procedure on his left index finger.

Couturier’s most recent surgery was performed Thursday by Dr. Andrew B. Dossett at the Carrell Clinic in Dallas. He also had surgery on his back in February.

The Flyers signed Couturier to an eight-year contract extension in August 2021 that carried an average annual value of $7.75 million. That extension kicked in for 2022-23 and is slated to last until 2029-30.

Couturier won the Selke Trophy in 2020 for “the forward who best excels in the defensive aspects of the game.” He has received Selke votes in nine of his 11 NHL seasons.

van Riemsdyk, 33, underwent surgery on Friday to repair a broken finger on his left hand.

He was off to a strong start to the season before sustaining the injury after a shot bounced off his left hand during the first period of Philadelphia’s 3-0 loss to the San Jose Sharks on Sunday. He did not return to the game.

van Riemsdyk had two goals and three assists in his first five games of the season.

He is in the final season of a five-year, $35 million contract. He will be an unrestricted free agent at the end of this campaign.

van Riemsdyk has totaled 567 points (290 goals, 277 assists) in 885 career games with the Flyers and Toronto Maple Leafs. He was selected by the Flyers with the second overall pick in the 2007 NHL Draft.