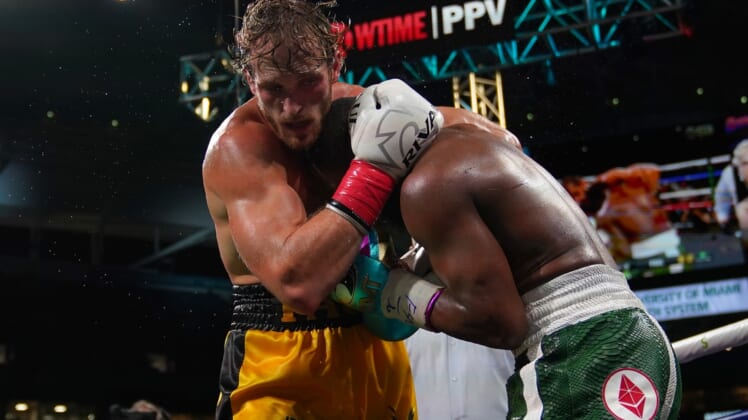 In a boxing exhibition measured not by who won but by how long it lasted, Logan Paul went the distance with retired boxing superstar Floyd Mayweather on Sunday night in Miami Gardens, Fla.

The pay-per-view match went eight, three-minute rounds. No judges were ringside, and no official winner was proclaimed. The match will not be applied to the fighters’ pro records.

“I don’t want anyone to tell me anything is impossible ever again. The fact that I’m in here with one of the best boxers of all times proves the odds can be beat,” Paul said.

Given the difference in the fighters’ resumes, the Florida State Boxing Commission declined to officially sanction the fight.

ESPN scored the match as 78-74 for Mayweather.

Before that, Mayweather last fought in September 2015, when he won by decision over Andre Berto to retain his WNBA and WBC welterweight titles.