Florida State will pay tribute to Burt Reynolds this weekend 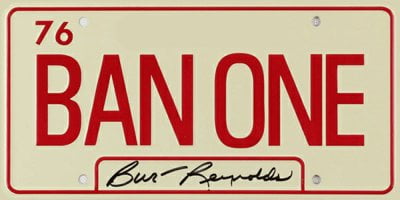 America lost a true legend and acting pioneer on Thursday. The iconic Burt Reynolds passed away suddenly at the age of 82.

Responsible for decades of brilliant performances on the big screen, Reynolds represented the sex symbols of the 1970s and 1980s while delivering virtuoso performances on movies such as Deliverance, Smokey and the Bandit and Boogie Nights.

For those who remember Reynolds more as an actor, it’s important to note that his career in Hollywood was made possible only because of an injury he suffered as a member of the Florida State football team back in the 1950s.

This very same program will now pay tribute to Reynolds during their game against Samford on Saturday with bandit-themed helmet decals.

The Seminoles will honor "The Bandit" this Saturday with helmet decals. ?#DoSomething pic.twitter.com/eMFyRxXTMr

That’s about as awesome as it gets.

While most of the focus has been on Reynolds’ career in Hollywood. He has a special place in the hearts of those around the sports world. The Seminoles’ way of paying tribute to him is the latest example of this.