“I want to thank the Seminole fans and Florida State community for all their support during my time at Florida state,” he posted on Twitter. “After careful consideration and a discussion with my family I will be moving on towards new beginnings. With all that said I will be entering the transfer portal. Thank you and God Bless.”

The 6-foot-2 redshirt freshman from Gilbert, Ariz., played in only one game this season, completing all five pass attempts for 98 yards and two touchdowns in relief during an Oct. 23 win against Massachusetts.

He was third on the Seminoles’ depth chart this season behind Jordan Travis and McKenzie Milton. 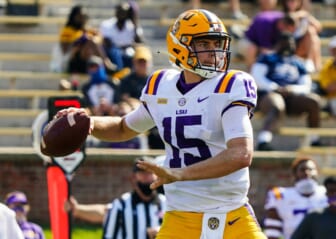 A four-star recruit in the 2020 class, Purdy originally committed to Louisville before flipping to Florida State. He played in three games (one start) as a true freshman last season, completing 27 of 53 passes for 219 yards with two touchdowns and one interception.