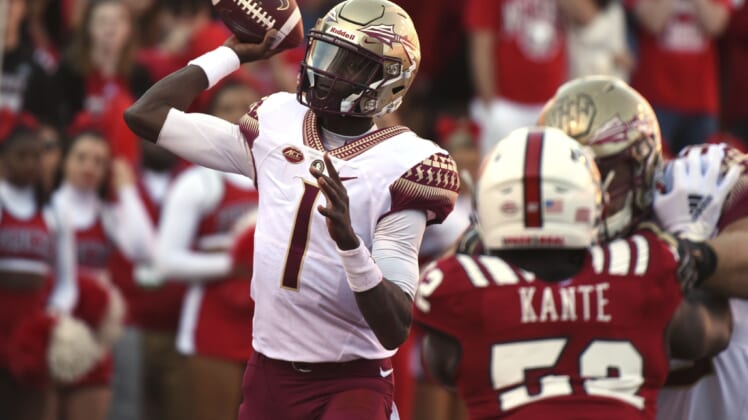 The Florida State Seminoles will have a familiar name under center when they take on Boise State in their season opener next Saturday.

“Florida State head coach Willie Taggart announced on Sunday that Blackman, a redshirt sophomore with 13 games of starting experience, will be the Seminoles’ quarterback when they open the season against Boise State on August,” the program announced, via its official website.

Blackman attempted just 51 passes for the Seminoles last season. That came after he recorded 2,230 passing yards with 19 touchdowns and 11 interceptions as a freshman in 2017.

Blackman edged out former Wisconsin starter and graduate transfer Alex Hornibrook for the starting job. He’ll now be tasked with leading a Florida State team that’s coming off a five-win campaign, the program’s worst performance since all the way back in 1975.