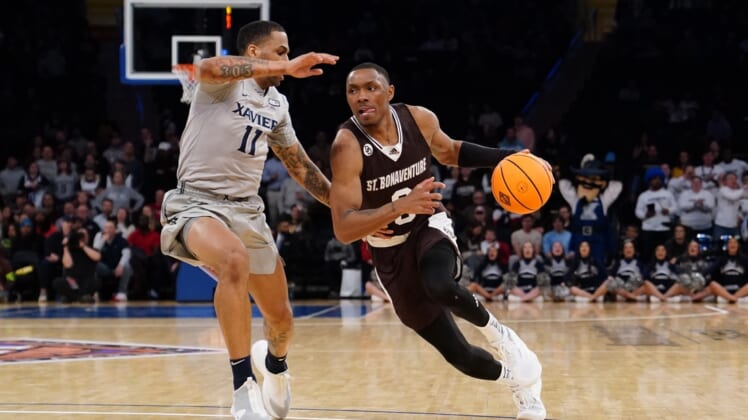 He earned All-Atlantic 10 honors the past three seasons. In four seasons with the Bonnies, he appeared in 116 games (all starts) and scored 1,613 points and had 604 assists.

Lofton, who turns 23 this month, had career averages of 13.9 points, 5.2 assists and 3.0 rebounds per game at St. Bonaventure. He averaged 38.1 minutes per game over the past four seasons, which was highest in the nation.

“We are excited to bring Kyle into our program here at Florida,” Florida coach Todd Golden said of the 6-foot-3 guard. “Kyle has experienced a lot of success both from a team and individual standpoint during his time at St. Bonaventure. He’s a proven winner and leader. He makes others around him better and cares only about one thing: winning.”

Lofton, a native of Hillsdale, N.J., helped lead St. Bonaventure to a 23-10 finish last season. The Bonnies lost to Xavier in the NIT semifinals.