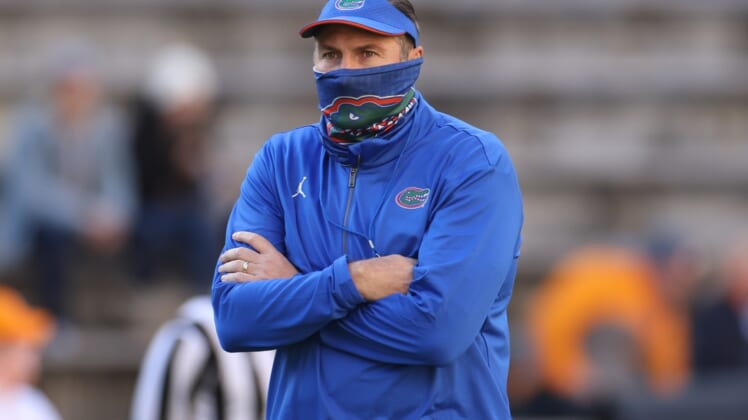 The University of Florida has given football coach Dan Mullen a three-year contract extension worth an additional $1.5 million annually through the 2026 season.

Mullen and Florida agreed to the extension last month. The Gators released details of Mullen’s contract in response to a public records request.

“Dan has done a tremendous job in his three seasons at Florida, and we are fortunate to have someone with his obvious talents and head coaching experience leading our football program,” Florida athletic director Scott Stricklin in a statement. “I look forward to working alongside him to support his vision for Gators football and our student-athletes for many years.”

Under Mullen, the Gators have gone 29-9, including three consecutive New Year’s Six Bowl appearances, culminating with last season’s 55-20 loss to Oklahoma in the Cotton Bowl.

“We are very excited about the future of the Florida football program, and this agreement allows us to continue to build on the success we have enjoyed on and off the field,” Mullen said in a statement.

Mullen served as the Gators’ offensive coordinator/quarterbacks coach from 2005-08. He went 98-55 as head coach at Mississippi State from 2009-17.