Florida Atlantic holds on for upset of Florida 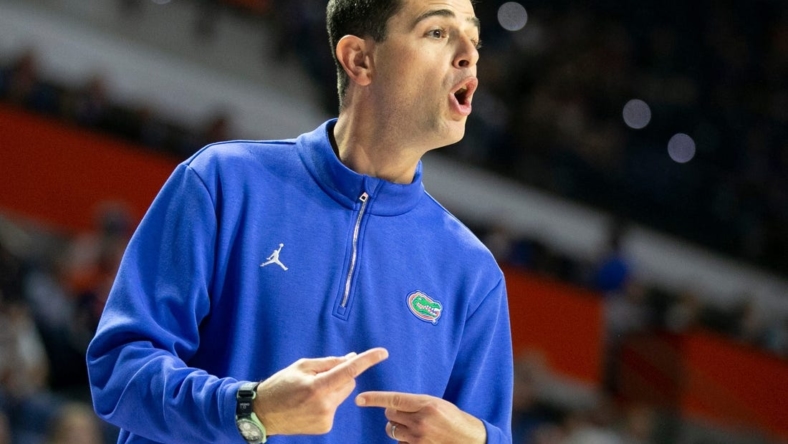 Michael Forrest capped his 20-point game by sinking two free throws with 38 seconds left as Florida Atlantic pulled off a 76-74 upset over Florida on Monday in Gainesville, Fla.

Johnell Davis added 18 points for the Owls (2-1) while Alijah Martin scored 11 points. Florida Atlantic won thanks to a blistering performance from the perimeter, shooting 54.2 percent from 3-point range (13 of 24).

It was a big win for Florida Atlantic coach Dusty May, a former Gators assistant under Mike White from 2015-18 whose son, Jack, is a walk-on guard at Florida.

Colin Castleton led Florida (2-1) with 30 points, with Will Richard and Kyle Lofton adding 14 points apiece. Castleton also had 12 rebounds and five blocks for the Gators, who were done in by poor shot selection, finishing at just 38.2 percent from the field.

The Owls led by as many as 14 points in the second half, going up 71-57 on a jumper by Davis with 4:48 remaining. The Gators answered with a 10-0 run, with Kowacie Reeves scoring eight of the points on back to back 3-pointers and a jumper that cut the deficit to 71-57 with 2:27 left.

After Lofton missed a drive in the lane, Martin drilled a 3-pointer with 1:38 left, putting Florida Atlantic up 74-67.

A back-and-forth half with six ties and nine lead changes ended with Florida and Florida Atlantic tied at 35 at halftime.

Castleton scored 12 points for the Gators in the first half despite going 3 of 12 from the floor. The Gators shot just 31.4 percent from the field and turned it over seven times.