Philadelphia Eagles defensive tackle Fletcher Cox has played for the franchise for his entire 10-year career but with a rebuild beginning, the six-time Pro-Bowl selection is generating interest before the NFL trade deadline.

NFL Network’s Ian Rapoport shared Tuesday that Cox is getting a bunch of calls from teams inquiring on Cox. While a deal is unlikely, Philadelphia is reportedly willing to move him if it receives a quality draft pick in return.

The Baltimore Ravens secondary, outside of star cornerback Marlon Humphrey, is a huge problem. Entering Week 9, Baltimore is allowing the fifth-highest yards per pass attempt (8.2) and the most passing yards per game (296.1). With the trade market thin on corners, improving the interior pass rush is another potential solution to address the problem.

Cox is no longer an All-Pro pass rusher, those days are long gone. But the 6-foot-4 defensive tackle. But he entered last Sunday with the ninth-best pass block win rate (14%) among defensive tackles, per ESPN, and is Pro Football Focus’ 20th-graded interior pass rusher. The Ravens are getting nothing out of Brandon Williams (7 pressures in 111 pass-rush snaps). In a new environment, Cox could make an important impact for Baltimore’s defense. 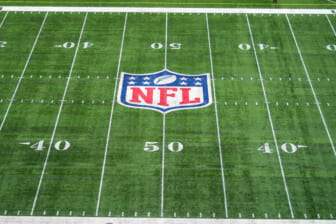 After losing Derrick Henry indefinitely, the Tennessee Titans need others to step up on both sides of the ball. Entering Week 9, the Titans’ defense ranked eighth in pressure rate (26.9%) and fifth in hurry rate (13%). But all of that work is largely being done by edge rushers Harold Landry III (8.5 sacks) along with defensive ends Denico Autry (36 pressures) and Jeffery Simmons (33 pressures).

Cox would instantly take Teair Tart (58.7 pass-rush grade in 122 snaps) on the inside. Putting the veteran in a rotational role could help him stay fresh for the entire 17-game season and the playoffs. With Cox, Simmons, Landry, Autry and Bud Dupree, Tennessee would have the talent and depth to create pressure vs. any offensive line faced

Losing J.J. Watt for the rest of the season is crushing for the Arizona Cardinals. Not only did he make it easier for Chandler Jones to create pressure, but Watt’s versatility allowed Arizona to move him inside. With this front office clearly willing to be aggressive, Cox could be a target.

Acquiring Cox would also be a reasonable response to the Rams’ trade. Arizona’s defense boasts plenty of speed at linebacker, but it needs interior linemen who can eat up blocks and collapse the pocket. Cox would slide into that role and could create a few problems in a future matchup against Los Angeles or another top NFC opponent.