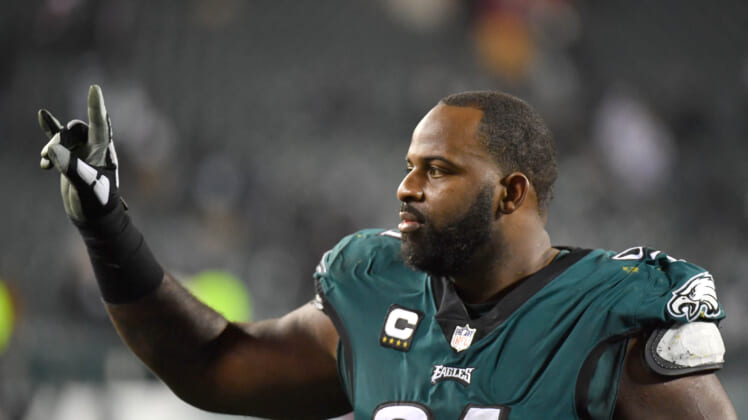 After 10 seasons manning the middle for the Philadelphia Eagles in which Fletcher Cox won a Super Bowl and made six Pro Bowl teams, the franchise is releasing him. According to Mike Garafolo, the Eagles are designating the defensive tackle as a post-June 1 transaction, which helps them with their current cap situation.

For Cox, his $18 million salary for 2022 would have been fully guaranteed after 4 PM ET today. Well, that is no longer the case now that general manager Howie Roseman has decided to let him go.

However, the team could still look to bring him back at a reduced rate. For now, he’s free to sign with any team.

Who might Fletcher Cox sign with? Other than simply re-joining the Eagles, which remains a possibility, we break down four possible free agent destinations for the accomplished defensive tackle.

Any time an interior defender with 58 career sacks like Cox becomes available, there’s bound to be widespread interest in bringing him aboard.