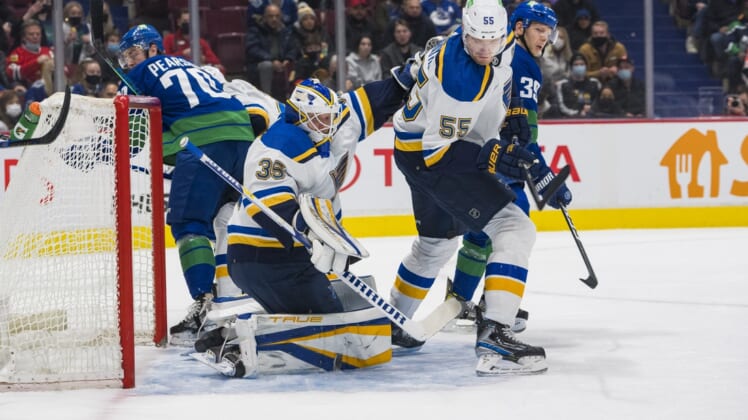 In so many ways, the Calgary Flames are on the right track. Despite having only one win in their last six games – with the latest defeat Saturday’s 5-3 loss to the Edmonton Oilers – the Flames head into Monday’s home clash with the St. Louis Blues believing they are about to turn the corner.

The Flames did many things necessary to win against Edmonton. They took an early lead, although it was lost because of a pair of Oilers power-play goals, and then dominated the third period with the score tied, only to surrender the game-winning goal on the rare opportunity allowed.

Not many times will a team outshoot the opposition 47-31 in the game, and 17-6 in the third period, yet lose, so the Flames truly have reason to believe better days lay ahead.

“We’ve gone through some stretches where we’ve lost maybe some details in our game, but I’ve thought we’ve really been working hard in getting that back in our game, and I think we’re trending in a good way,” defenseman Oliver Kylington said.

The Flames certainly have the opportunity to right the ship. Starting with Monday’s game, against a Blues team that played Sunday night in Vancouver, the Flames play four games in six days and six games in 10 days before the All-Star break.

“Obviously, we have games in hand,” noted defenseman Chris Tanev. “But they don’t mean anything unless you win them.”

The Blues arrive on a roll that has sent them up the standings. A 3-1 victory over the Vancouver Canucks on Sunday has them riding a three-game winning streak, boasting six victories in their last seven outings and on a 13-3-1 run as they reached the season’s midway point.

The victory in Vancouver marked the 15th time this season that the Blues have won despite trailing.

“Our guys, they get scored on, they just keep playing. They don’t panic,” coach Craig Berube said. “There’s a lot of trust in that room with each other.”

Goaltender Ville Husso is earning the spotlight of late. Husso made 38 saves in Sunday’s victory, and has posted victories in five consecutive starts, in which he’s stopped 154 of 160 shots. However, being the second half of games on consecutive nights in a different province, Jordan Binnington is expected to start in goal.

Husso isn’t the only one at the top of his game. Forward Brayden Schenn is riding a three-game goal-scoring streak and has six points (4-2-6) in those games, while Vladimir Tarasenko has points in nine consecutive games played.

The twist is that Tarasenko has nine assists in that span, giving him 24 on the season. It’s a change for a player known more for his goal-scoring abilities.

“The guys are just scoring more on my plays,” he said with a laugh. “I want to score … it’s what I’m supposed to do. The guys are creating chances, but sometimes the puck doesn’t go in. It sometimes makes other guys available if the teams are over-playing you.”