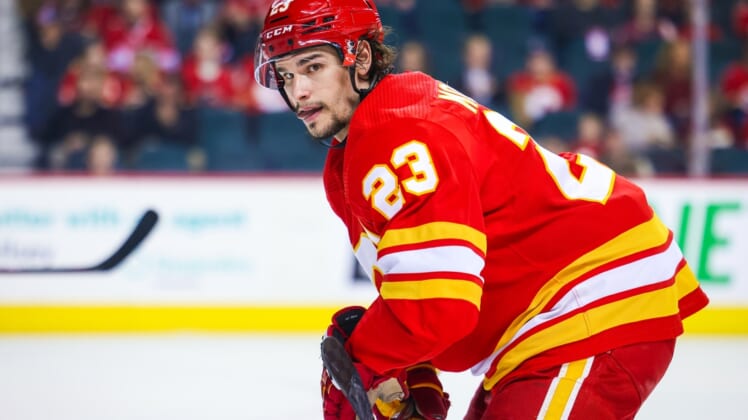 Monahan, 27, finishes the 2021-22 campaign with 23 points (eight goals, 15 assists) in 65 games. He had an assist in his final game in Thursday night’s 3-2 shootout loss to the visiting Los Angeles Kings.

The Flames recalled defenseman Connor Mackey from the AHL’s Stockton Heat. He made his NHL debut last season, contributing one goal and two assists in six games.