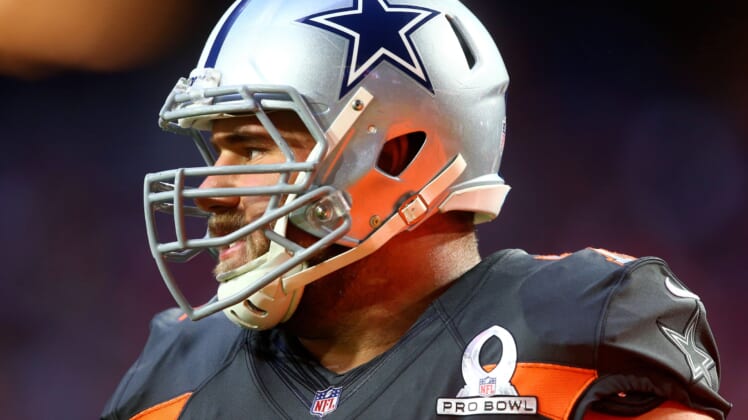 The Dallas Cowboys lost one of the best offensive linemen in the NFL, as on Monday five-time Pro Bowl center Travis Frederick announced he is retiring.

Frederick shared that his perspective on life has changed since being diagnosed with Guillain–Barré syndrome before the 2018 season.

“When I developed Guillain–Barré syndrome, I did not know how to handle things. I was scared,” Frederick wrote. “That experience forced me to reevaluate my life priorities. I spent much of that year thinking about both the past and future. I realized how fortunate I was to play a game for a living. I realized how fortunate I was to make friends and become teammates with some great men. Most of all, I realized the importance of my family and how much I want to be there for their peaks and valleys as they were for me.”

Frederick also said that, while he did return last year, starting all 16 games and making it to the Pro Bowl, it was “a difficult year for me.”

“Each day I faced a struggle: I could no longer perform at my highest level,” he wrote. “Playing ‘well’ is not what I expect of myself and is not what my teammates deserve. Because of this, I know my days as a football player are done. I am proud of what I accomplished in my career, and I walk away with my head held high.”

The Cowboys will keenly feel the loss of Frederick in the lineup. Aside from his missed 2018 season, he never missed a single start due to injury and was consistently one of the best centers in the NFL.