Five Teams Who Should Trade For Joe Mauer

The Minnesota Twins made a massive investment in Joe Mauer in 2010, giving him an eight-year, $184 million contract. Mauer is having the worst statistical season of his career and has transitioned from behind the plate to first base. If teams come calling, the Twins should listen.

This is not a discussion about whether the Twins should have paid Mauer in 2010 or not. They had to sign him. Teams don’t let a 26-year-old, reigning American League Most Valuable Player, three-time AL batting champion, and gold glove catcher just leave for nothing. Every team signs that player. And other teams would have signed Mauer for more had they been given the chance. 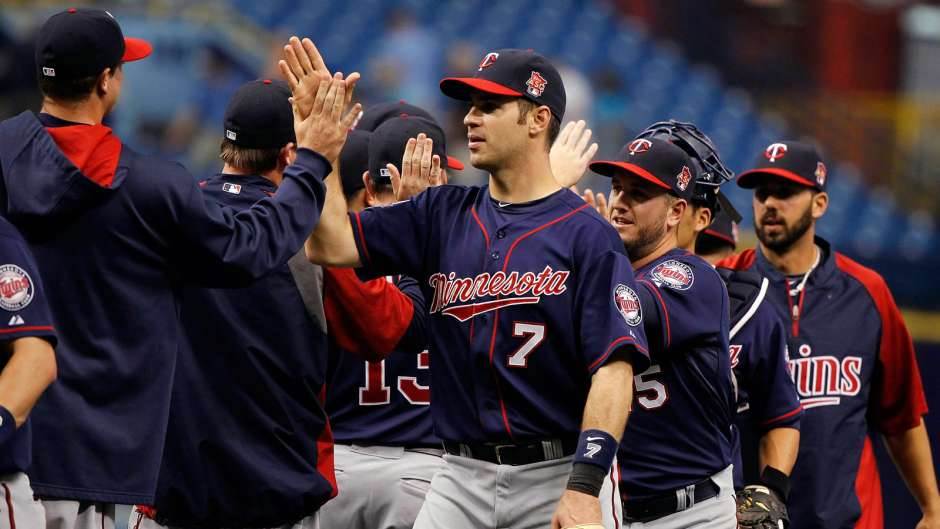 Mauer and the Twins are playing better as of late. But should that matter? Photo: FoxSports.com

In a year where when it’s mid-June and the current division leaders are the: Oakland Athletics, Toronto Blue Jays, Milwaukee Brewers, Kansas City Royals, Washington Nationals and San Francisco Giants, there are not many behemoths to try and knock down. Outside of the A’s in the AL West, there will be a lot of teams fighting for playoff positions, whom likely will be looking for added help before the trade deadline.

Since Mauer is having a down year, thus making his contract look even more ballooned to a mid-market team like the Twins, it’s possible a team could acquire him without having to give up in a normal Mauer-like year. If teams can convince the Twins to take on some of Mauer’s contract, in exchange for top prospects, Mauer could be a key piece down the stretch.

Here are five teams that should pick up the phone and call the Twins between now and the July deadline:

Toronto Blue Jays – The Blue Jays are full of long ball hitters. They have eight more home runs than any other team. Edwin Encarnacion is home run machine at first base, so that would pose as a problem when trading for Mauer. However, with Mauer being a lefty and Encarnacion being a righty, they could flip flop between first base and designated hitter. Also, at some point, Mauer may have to move to the outfield. He’s got a solid arm and is athletic enough to adapt. If guys like Josh Willingham can play in the outfield, so can Mauer. The Blue Jays are sitting atop the AL East while not having to fear the typical star-studded New York Yankees or Boston Red Sox teams from years past. Adding a player with a career .401 on-base percentage would be huge, especially with the power hitters Toronto boasts. 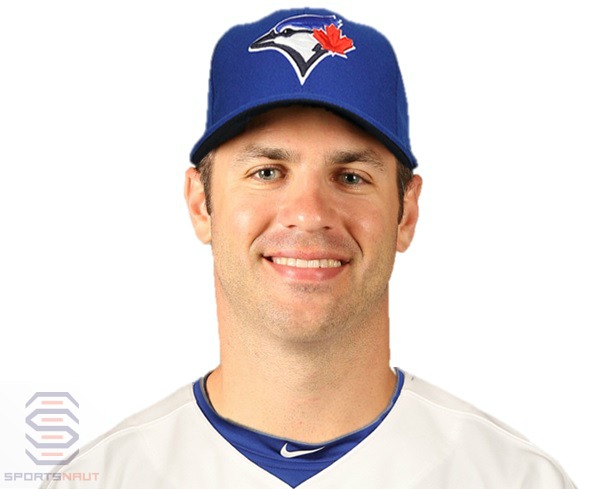 Toronto is South of Minneapolis. Seriously, look it up.

Texas Rangers – Texas has no problem adding payroll to the roster and need a shot in the arm if its going to be competitive in the AL West down the stretch. Over the past couple of seasons, the Rangers have lost key players such as Josh Hamilton, Nelson Cruz, Ian Kinsler and Prince Fielder to either free agency, trades or injury. For a team that was one strike away (twice) from winning the World Series in 2011, the Rangers need to find solutions quick. It’s no guarantee that Fielder will come back from his neck injury to be the same player he once was. Mauer would give the Rangers a DH and 1B option, and we know the Rangers aren’t scared to make a splash to improve their roster. 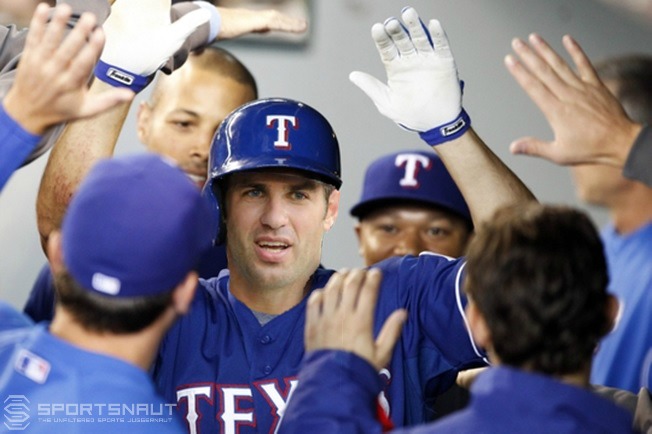 Mauer could fill the void where Rangers super stars once were

Pittsburgh Pirates – The Pirates are in desperate need of a first baseman, as they attempt to stay competitive. Proof of the lack of production coming from first base for the pirates was their trade for Ike Davis from the New York Mets. Davis was a prized prospect for the Mets at one point, but has been a complete bust. Things haven’t been going much better in Pittsburgh for Davis, so the Pirates should go shopping again.

Coming off a year in which the Pirates made the postseason for the first time in 21 years, 2014 was supposed to be the year the Pirates took the next step forward. Perhaps they could get Mauer to try the outfield as well, as mentioned above in the Toronto situation. Regardless, a Starling Marte, Andrew McCutchen and Joe Mauer combination would be an upgrade for the Pirates. If Pedro Alveraz can figure out how to hit for a better average, and Gregory Polanco becomes the player the Pirates hope he can be, this would be a scary good top-of-the-order for Pittsburgh. 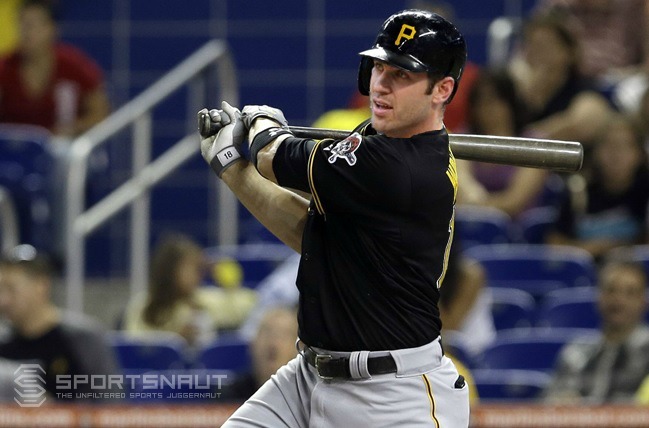 Mauer, Marte and McCutchen? Has a nice ring to it.

Boston Red Sox – The city where all Minnesota athletes go to succeed, Boston has always been a rumored landing spot for Mauer. Fenway is set up for Mauer’s opposite field hitting style. Mauer would give the Red Sox another bat, but also another option for a platoon between first base and DH with David Ortiz and Mike Napoli. Ortiz’s career is coming to an end and Napoli has a history of injury issues. And we all know the Red Sox will spend the money if they think it’ll help the team win. A year after winning the World Series, the Red Sox find themselves 7.5 games back in the AL East and will need to improve their run production as they are currently ranked 24th in runs scored in Major League Baseball. In case you aren’t counting at home, that is five runs less than the Houston Astros. 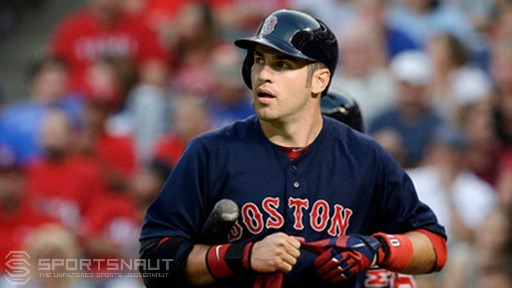 New York Yankees – You can’t have a list of “potential trade destinations” in baseball without the Yankees being included. Like Fenway, Yankee Stadium would be a much better ball park than Target Field for Mauer to be hitting in. The Yankees can afford to absorb most of Mauer’s contract. They could also use a veteran hitter who gets on base, especially considering the issues they’re having at the plate. Mark Teixeria is always hurt. Robinson Cano is on the opposite side of the country. Alex Rodri…well, no one cares about that anymore. You get the idea. Mauer could be a threat in the Bronx. 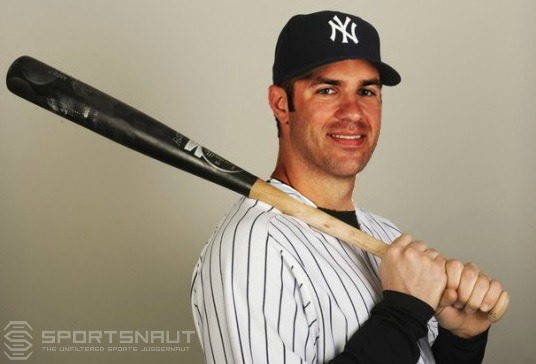 Mauer to the Yankees is inevitable, isn’t it?

The odds that the Twins trade Mauer at the deadline this year are slim, at best. The Twins seem to be hanging around in the standings enough to give them an excuse to not trade their most popular player mid season. With that said, they should strongly consider it if the right deal comes along.

The other option is to wait until the Winter Meetings to deal Mauer, but the teams mentioned above could potentially get the former AL MVP at a decent price at the deadline. Maybe that would motivate the Twins to make a change, as it is becoming more and more obvious that Mauer is becoming a burden to the Twins organization. The more obvious this becomes, the weaker the offers get. If I’m one of the above five teams, I make the offers now…before Mauer goes on a second half hitting clinic and the price goes up.