Five teams that could trade for Giancarlo Stanton 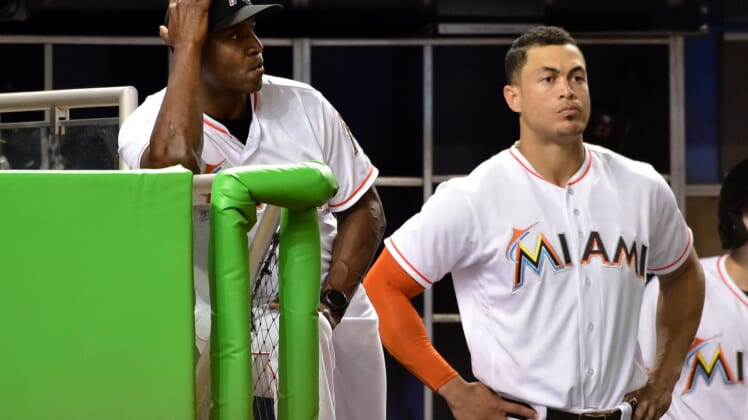 To the surprise of essentially nobody, Miami Marlins superstar right fielder Giancarlo Stanton cleared waivers on Tuesday, making him free to be traded. That begs the question. Where might Stanton go?

One would be hard pressed to find a MLB team that couldn’t use Stanton’s services. But the list of teams that could actually make a trade happen is not nearly as big.

Who has the prospects? Who has the money? What teams have the need to make a big statement by landing a guy like Stanton?

The Dodgers make a ton of sense. But what about their long-time rivals in San Francisco? What about their geographic rivals in Orange County? If that doesn’t work for you, can you imagine Stanton in The Big Apple? We sure could.

A trade could happen now, or it could happen in the offseason. But regardless of when it happens, which five MLB teams could realistically trade for Stanton? 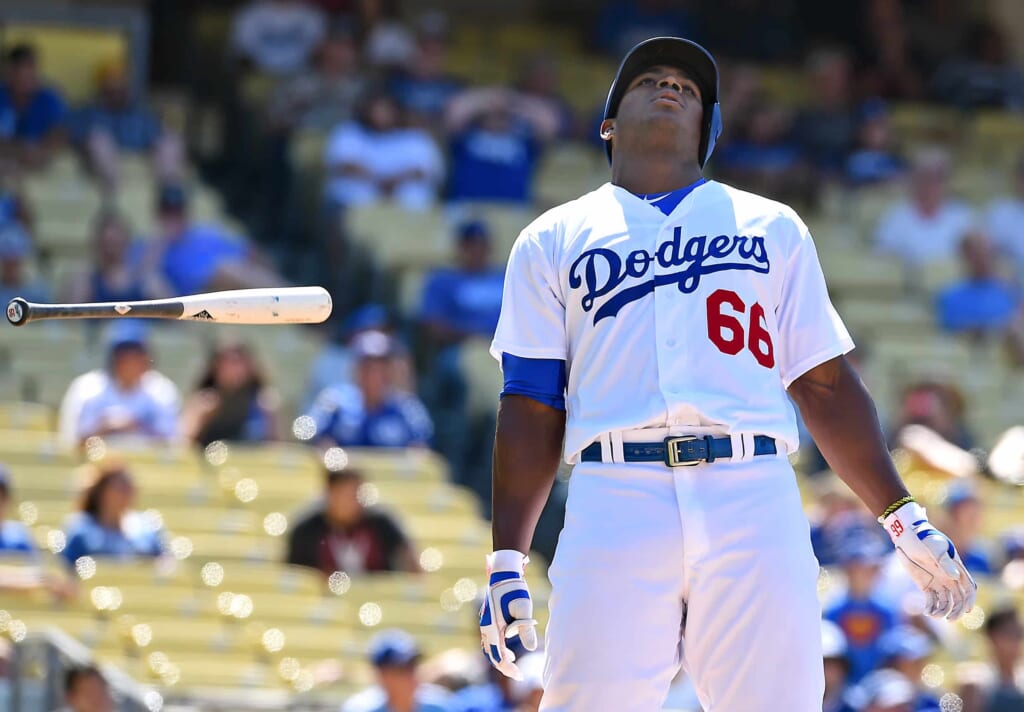 Where better to start than with the most obvious fit?

Stanton has expressed frustration about playing for a losing team. With four straight NL West titles (and a fifth all but mathematically locked up), the Dodgers are the antithesis of that. Of course, the trade can’t only please Stanton. It has to please Miami, as well. Fortunately, the Los Angeles can do that.

If the Marlins are looking for a pure salary dump, the Dodgers have the money to take his contract on. The current ownership group has certainly shown a willingness to spend big since taking over.

If Miami is looking to get good value back, Los Angeles can make that happen, too. The Dodgers still have one of baseball’s best regarded farm systems.

They’ve also got natural centerpiece for a return package in Yasiel Puig. Puig has been discussed in trade rumors for a long time. Certainly, a trade to South Florida and its immense Cuban-American population would make all kinds of sense for Puig.

Also, as if all of that wasn’t enough, Stanton is from Southern California. Imagine the story that could be written about a hometown boy coming home to help his hometown team win a World Series after years of playoff disappointment.

Obviously, like the Dodgers, this would give Stanton the chance to return to Southern California. That certainly adds to the appeal of a potential trade.

The Angels certainly don’t have the prospects that the Dodgers do. So, if the Marlins are looking to bring in good, value players, this would be a hard deal to make.

But the Halos have shown a willingness to spend money in the past. They also have a need for someone like Stanton. While they are contending this year, the Angels haven’t exactly given Mike Trout much help throughout his career.

That’s certainly unfortunate. A franchise isn’t going to get the best player in baseball at his absolute prime very often. When that happens, said franchise needs to do everything it can to take advantage of the talent it has. The Angels haven’t done that with Trout yet, having made the playoffs only once in his career.

The good news is that there’s still time. Spending the money on Stanton would be a great sign that the Halos are committing to winning and giving Trout more chances to play on the game’s biggest stage. 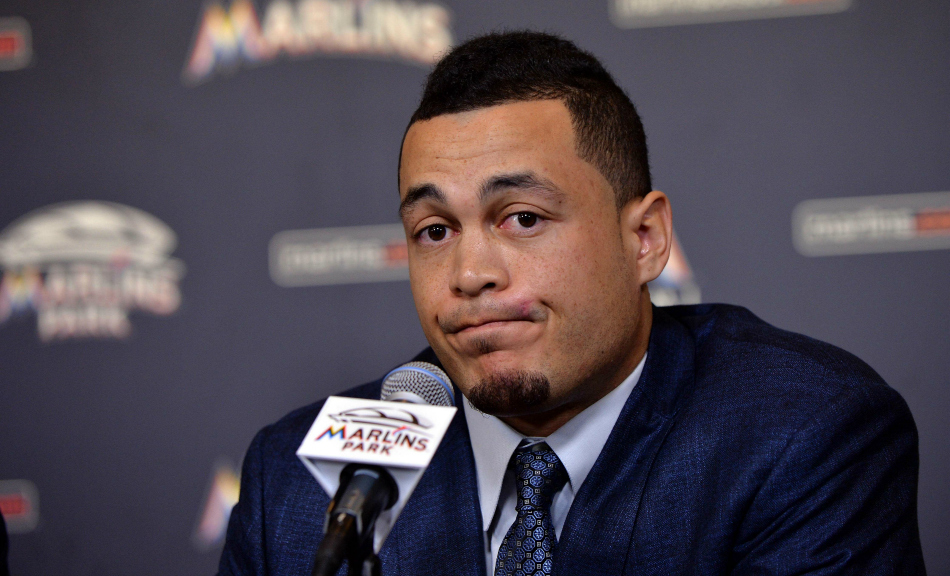 In the years immediately before making the World Series in 2015, the Mets’ front office dealt with the stereotype that it was cheap. The success of 2015 and 2016 did a lot to change that, but the P.R. debacle that came around trading Jay Bruce reignited some of the criticism.

How can the Mets regain some of that trust from their fans? Acquiring Stanton from the Marlins and paying most (or all) of his remaining salary would be a pretty good way to go about it.

Mind you, this wouldn’t be a symbolic trade, either. It would make plenty of sense on the field. An outfield of Stanton, Yoenis Cespedes and Michael Conforto would be one of the best in the league. All of a sudden, a team that’s struggled this year would have an absolutely brutal middle of the order for opposing pitchers.

There’s no question that the 2017 season has been a disappointment. But with Stanton in the middle of the lineup and the pitching staff back and presumably healthy, the outlook for 2018 would be pretty darn bright.

While we’re on the subject of disappointing 2017 teams looking to turn things around in 2018, we have to talk about San Francisco.

The 2017 season has shown that the Giants need to change their offensive philosophy. How much of a difference would Stanton make? Consider the following.

Entering play on Tuesday, Stanton has 43 home runs. Meanwhile, Brandon Belt, Buster Posey and Hunter Pence — San Francisco’s three home run leaders — have a combined 40. We also have to wonder how much Stanton’s inclusion in the lineup would impact the quality of pitches of whoever bats in front of him (probably Posey).

Like the Angels, the Giants don’t have a wealth of prospects and young talent to send Miami’s way. But the Giants do have a great deal of money coming off of their books over the next few years.

Would the San Francisco front office be willing to spend so much of that money on one player? That’s tough to say. But the Giants ownership has traditionally been willing to spend money, even when the logic has been questionable.

The logic in acquiring Stanton wouldn’t be questionable. 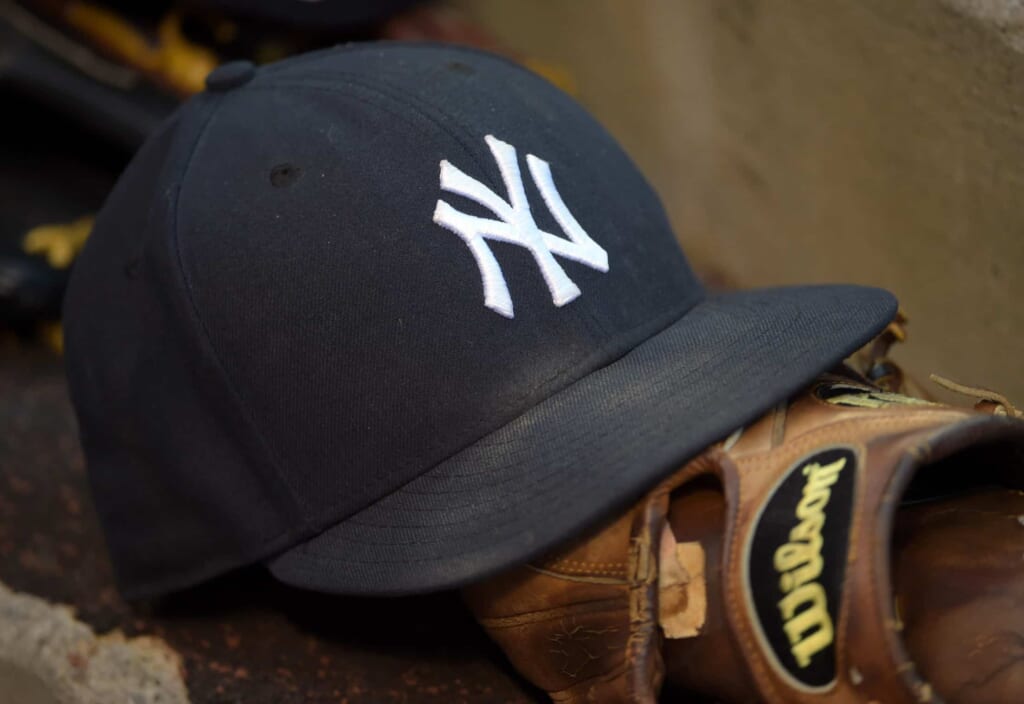 If this trade were to happen, we’d certainly see a lot of pitchers coming up with mysterious injuries before their starts against the New York. Having to go against Stanton and Aaron Judge doesn’t seem like a lot of fun, at all.

Like the Dodgers, the Yankees also have some big-time prospects, which is key. If Miami is getting some genuine top of the line prospects in return, they’d be more willing to eat a larger portion of Stanton’s salary.

Now, you may be looking at this trade and observing that New York already has an incredibly crowded outfield situation. How would adding another outfielder?

For one, if we are talking about big prospects going back to Miami, one could certainly be Clint Frazier. That clears up some space. But even if that doesn’t happen, it’s worth mentioning that the first base position has been a black hole for New York all year. Greg Bird once looked like the man of the future at the position. But he’s spent the last two seasons either hurt, ineffective, or both.

Learning a new position is tough but if it means that the Yankees could add someone as great as Stanton, it would be worth it to have one of the outfielders move to the unfamiliar position.

Additionally, how crazy would it be if Derek Jeter’s first big trade) as the Marlins’ co-owner and head of baseball operations was with his old team? It would certainly be noteworthy.

But Jeter or no Jeter, the Yankees make sense.