Five teams that could be crushed by delayed NFL season 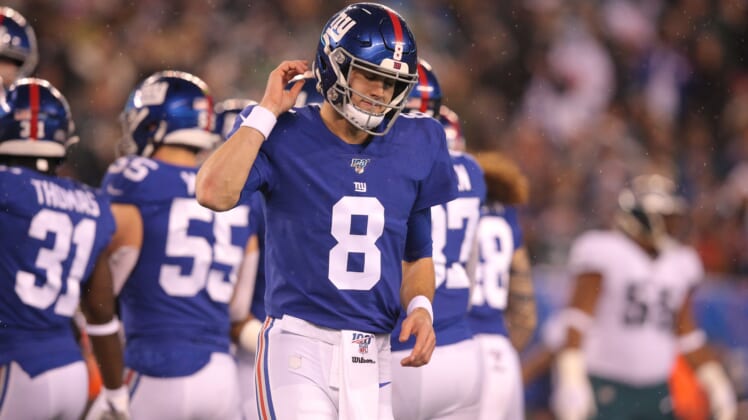 The COVID-19 pandemic has already changed the offseason and the 2020 NFL Draft, but the worst consequences of the ongoing crisis could be yet to come for the NFL. Once the NFL draft ends, it will likely start to sink in for many across the league that it’s increasingly likely there will be a shortened NFL season.

While the NFL continues to express hope publicly that the season will start on time, it’s not a feeling shared by many across the league. Multiple team executives and head coaches have privately indicated they expect the 2020 season to be delayed. Furthermore, multiple governors have pushed back on the idea that the NFL season will return as scheduled to the COVID-19 pandemic.

At the very least, organized team activities in June are expected to be canceled and training camp will also be in jeopardy of postponement if widespread testing isn’t available. The longer that team facilities are shut down, the more important practice sessions and meetings every team will lose. Organizations will adjust and players could use virtual classrooms to prepare, but each team will be hurt by a prolonged shutdown.

In an offseason that saw tremendous turnover among coaches and at key positions, though, these five teams will be crushed the most by a delayed NFL season.

Hiring Matt Rhule to rebuild this team might go down as one of the best moves from the NFL offseason. However, losing out early practices and an opportunity to implement his system and culture will hurt the Panthers. Worse yet for Carolina, they’ve also made changes at quarterback and along the offensive line and those players need all the practice reps they can get.

After trading away Pro Bowl guard Trai Turner for tackle Russell Okung and letting Daryl Williams leave in free agency, the Panthers created three major changes to their offensive line. It can take guys months to gel and develop chemistry, time that these players won’t have if OTAs are canceled and training camp is pushed back. Now add in Teddy Bridgewater taking over at quarterback. He will need to reacclimate to offensive coordinator Joe Brady’s scheme and time to develop a rapport with his receivers. In the best of circumstances, it would take a team with a new coach and major personnel changes months to hit their stride. The added difficulties faced with a delayed start to the season only make it more understandable if the Panthers tank in 2020.

The Bengals are going to come out of this offseason feeling great after all the moves they’ve made. They’re expected to draft Joe Burrow, who draws high praise from scouts, their offense is packed with talent and they spent a lot of money to improve their defense. Cincinnati could easily be a team on the rise this season, but a delayed NFL calendar throws all that hope out the window.

If team facilities don’t open and no practices are allowed, which remains the expectation for the next few months, Burrow will be stuck at home. There won’t be an opportunity for him to work in-person with Zac Taylor to develop chemistry with his offensive line and work on timing with his top receivers. Meanwhile, all that highly-paid talent on defense will be far behind schedule in their on-field preparation for the season. We were very excited to see what this team might be capable of in 2020, but now it could be another rough year due to limited time to practice for the season.

No one is hurt more by eliminated practices and a delayed season than rookies. Just behind rookies on the list of players most negatively impacted are free agents who rely on being with their new teammates and coaches to acclimate, learn the new system and get their timing down. The Miami Dolphins have signed 11 free agents this offseason and head into the NFL Draft with 14 draft picks.

Keep in mind, Miami isn’t spending its draft picks and cap space on insignificant additions. Its entire defense will undergo a transformation with multiple starters and contributors added, plus the Dolphins had to replace defensive coordinator Patrick Graham. The Dolphins will be welcoming a rookie quarterback, could draft a rookie left tackle and will likely add more starters that will be asked to start this season. We’re not exactly sure why an NFL executive predicted this team could win the division. Realistically, wins shouldn’t matter if the schedule is altered and this team’s entire focus should be on development.

The good news for the Giants is their offensive personnel is largely the same from this past season. Daniel Jones could take a nice step up in his second year, while Saquon Barkley and Evan Engram will be healthy. It all comes down to the coaching staff with Joe Judge stepping into an intense situation with a fan base and spotlight that will be focused on him.

When football returns, following months without any sports, New York’s microscope will be more focused than ever on Judge. He’ll have a strong supporting cast of assistants behind him with Jason Garrett and Freddie Kitchens bringing experience on how to handle the position. But, much like with Matt Rhule, the NFL gives extra practices to teams with a new coach for a reason. It’s essential time for everyone to come together and start to gain an understanding of how every person operates. The Giants likely won’t have that this year and that is going to be a major blow.

Just a year after many thought this team could be a sleeper to contend for the AFC title, expectations aren’t remotely as high for Cleveland this season. On the one hand, it will take pressure off this team to perform and that can make life much easier for everyone in the organization. However, a new coaching staff implementing its system with multiple stars coming off disappointing seasons adds a new layer of difficulty.

Baker Mayfield won’t just need to prove that he is more of the breakout rookie we saw in 2018 than the mistake-prone machine we saw in his second season. He needs to work closely with Kevin Stefanski to iron out many of his issues and they aren’t the kinds of things that can be taught over the phone. Cleveland also signed Austin Hooper and Jack Conklin this offseason, creating major changes along the offensive line and to this offense’s skill group. Needless to say, the Browns are greatly going to miss the additional practices that will be lost with a delayed start to the NFL season.