5 Teams on Upset Alert in Round of 32

After an incredible opening day of the 2015 NCAA Men’s Basketball tournament, the second day wasn’t filled with as many surprises as the higher seed won all but one game (solid work, Dayton). As we head into the weekend and the “Round of 32”, here are five teams who should be on upset alert.

The Musketeers did their job in taking care of the Rebels from Ole Miss in the first round. Now, however, they find themselves playing against the fan favorite “Cinderella team”, the Georgia State Panthers. The 14-seeded Panthers turned in one of the more shocking upsets when they knocked out the third-seeded Baylor Bears. Although the game featured one of the more talked about injuries of the tournament, which didn’t include an actual player, this game should have Xavier worried.

Xavier needed an excellent shooting night from its top scorer, Matt Stainbrook, to pull away from a gritty Ole Miss squad. Stainbrook, who averages 12.2 points per game, was 8-10 from the floor and finished with 20 points, nine boards and five assists. The 6’10” senior center will need another strong performance if he plans on playing another game in a Xavier uniform. If he struggles, Xavier is very beatable.

Georgia State didn’t shoot the ball very well against Baylor (40.7% from the floor, including 5-16 from behind the arc) and got destroyed on the glass, 40 to 22. That said, they were able to force 21 turnovers while committing only six. Their second-best player, Ryan Harrow, was injured and didn’t play, but he is expected to suit up against Xavier. If Harrow is unable to go, leading scorer R.J. Harris will have to carry the team. He didn’t shoot all that well (5 for 12) against Baylor, so that proves Georgia State can win without having to rely on one guy. 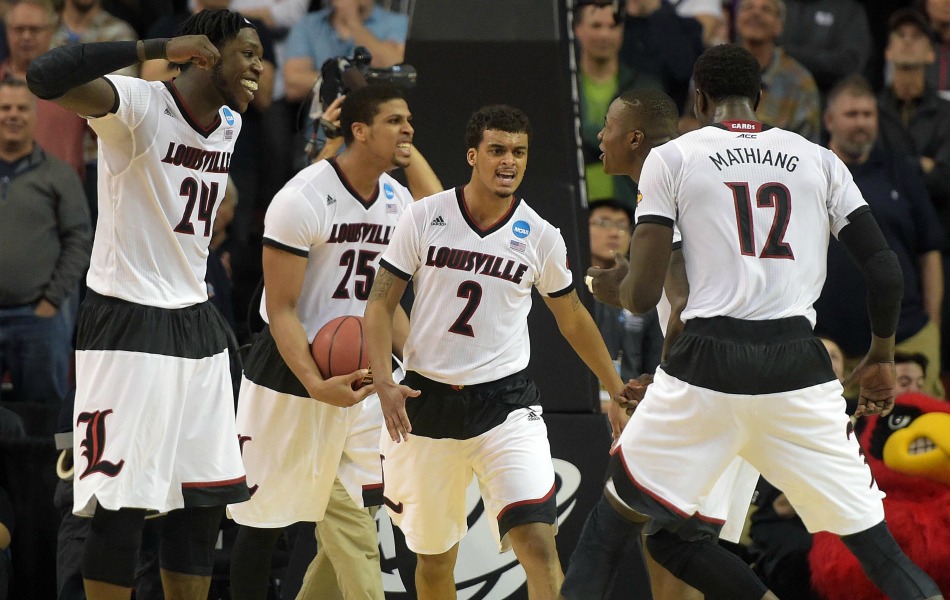 When being interviewed on TNT after barely beating the University of California at Irvine in the opening round, Pitino said, “We survive and move on and that’s what it was—survive…We’re not a great team this year, but we’ve made it to the round of 32.”

Northern Iowa has a ton of confidence and plays great fundamental basketball. They played pretty well against an underrated Wyoming team in their opening-round game, and if they play defense against Louisville the way they’re capable of playing, they could find themselves headed to the Sweet 16 in a potential matchup with Villanova.

The Fighting Irish were a popular pick to go further than they typically do in the tournament after beating both Duke and North Carolina in the ACC Tournament, but they almost didn’t make it past the opening hours of the first round. Notre Dame squeaked by Northeastern in the first round and benefited from great performance by Junior forward, Zach Auguste, who had 25 points on 10-of-14 shooting.

Now, Notre Dame has to face a Butler Bulldog team that knows a thing or two about advancing past the round of 32. Butler took care of Texas in their opening game despite not shooting very well (33% FG and out-rebounded, 41-28). They take care of the basketball and have experience, but more importantly, they played a pretty tough schedule this year, facing tourney teams like North Carolina, Oklahoma and Indiana during non-conference play, as well as conference match-ups against Georgetown, Villanova, Xavier and St. Johns.

If it catches Notre Dame on an off day, Butler could once again be headed to the Sweet 16. 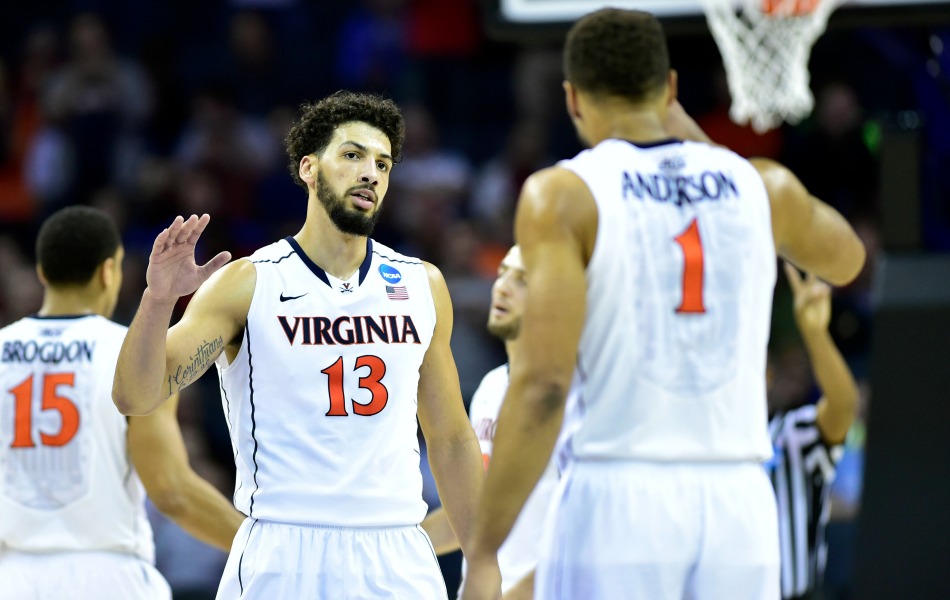 In one of the more intriguing matchups of the round of 32, Virginia faces Michigan State in a battle of two teams looking to prove themselves. Virginia has some doubters as to whether or not they can survive as a No. 2 seed, while Michigan State is…well…Michigan State.

The Spartans have played well since the beginning of February, losing only three games (two to Wisconsin). They took care of Georgia in their first game and head coach Tom Izzo has this team believing they can beat anyone the face. Five of the 11 Spartans’ losses came in overtime this year. In fact, they played in seven overtime games this year. They also have four combined losses to Maryland and Wisconsin, whom they played tough.

If Izzo’s gang can get Virginia to go into scoring slumps throughout the game, we could see of the top teams in the tourney fail to make it to next weekend.

The dream matchup fans from Wichita State were hoping for is happening. Kansas struggled down the stretch of the regular season, losing four of its final nine games. For Jayhawks fans, hopefully a commanding win over New Mexico State in the first round will build confidence for the team heading in to the showdown vs the Shockers.

Wichita State, though clearly playing an easier schedule than most in the regular season, is out to prove they are as good as their record shows. Last years’ magical run came to a screeching halt in the round of 32 when the eighth-seeded Kentucky Wildcats edged the top-seeded Shockers.

This year, it’s the Shockers who hope to play the role of mid-seed spoiler. Second leading scorer Fred VanVleet picked up the slack of leading scorer, Ron Baker, with a 27 point performance against Indiana. Baker struggled from the floor (3-13 FG, 0-5 3pt) and no doubt will have to play better against the Jayhawks.

Kansas will look to it’s leaders Frank Mason III and Perry Ellis to carry the team. If these two get going early, the Shockers will have a tough time keeping up. That said, Wichita State can frustrate a lot of teams with their ball movement and fundamental basketball. If Kansas is forced in to making a lot of turnovers, the Shockers should come out on top.