If Super-Bowl XLIX MVP quarterback Tom Brady cannot find a way to wriggle out of his four-game suspension, he could be the sixth quarterback who missed their season opener following a Super Bowl victory.

Here are the five historical quarterbacks who, for various reasons, did not play in their next season opening game.

In 2006 Roethlisberger led the Steelers to victory over the Seattle Seahawks, 21-10, in Super Bowl XL. Big Ben missed the Thursday, September 7 season opener against the Miami Dolphins due to an emergency appendectomy he had the previous Sunday. The Steelers didn’t miss a beat, though, and came out on top, 28-17 with quarterback Charlie Batch under center.

The following week Roethisberger was back in action (perhaps a bit too soon) and led the Steelers to a scoreless loss of 0-9 against the Jacksonville Jaguars. 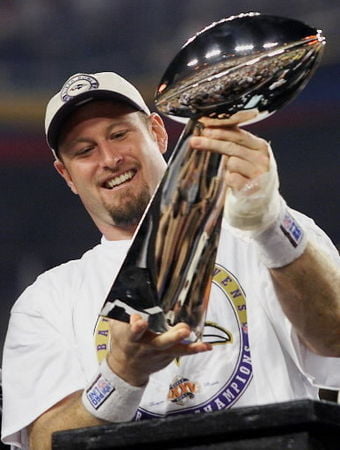 During a one-year stint with the Baltimore Ravens where he started in eight games during the regular season and won seven, Dilfer helped lead the team to a Super Bowl XXXV victory over the New York Giants, 34-7 in 2001.

After the win, Dilfer went on to sign with the Seattle Seahawks as a backup to Matt Hasselbeck, where he remained for four seasons. An original first-round pick by the Tampa Bay Buccaneers in 1994, Dilfer finished out his 13-year career with 20,518 yards and 113 touchdowns.

Elway played in his fifth Super Bowl, XXXIII in the final year of his career in 1999. The Broncos claimed victory over the Atlanta Falcons 34-19. After an incredible 16-year haul, the Hall of Famer retired from the game with two championship rings.

His presence was immediately missed, as the Broncos were beat handily in their Monday Night Football season opener against the Miami Dolphins, 38-21. Quarterback Brian Griese played well, passing for 240 yards and three touchdowns, but couldn’t rally the offense to compete in a shootout. The Broncos finished the 1999 season 6-10, stuck in an major Elway hangover. 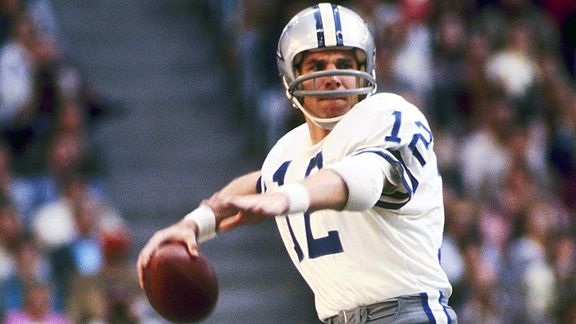 In 1972, Staubach and the Cowboys were victorious over the Miami Dolphins, 24-3, in Super Bowl VI. Staubach missed the 1972 season opener against the Philadelphia Eagles due to separated shoulder he endured in a preseason game. Quarterback Craig Morton started in Week 1 and the Cowboys beat the Eagles 28-6.

Staubach barely participated in 1972 completing only nine passes for 98 yards, zero touchdown and two interceptions. The Cowboys finished the season 10-4 under various backup quarterbacks. They were eventually defeated in the conference championship game by the Washington Redskins, 26-3.

Unitas and the Colts beat the Dallas Cowboys 16-13 in Super Bowl V in 1971. The 10-time Pro-Bowler and Hall of Famer did not start in the 1971 season opener against the New York Jets when the Colts won 22-0. Unitas, 38 years old at the time, was winding down his legendary career. He went on to start in only 10 more games with the Colts over two seasons before finishing his last career-year playing for San Diego.

The only way Brady will be able to play in Week 1 is if he takes his case to the federal court and an injunction is issued. Otherwise he will become a member of this list.

The Patriots and Steelers kick off the first game of the 2015 season, and everybody will be on pins and needles waiting for further news regarding Brady’s future.