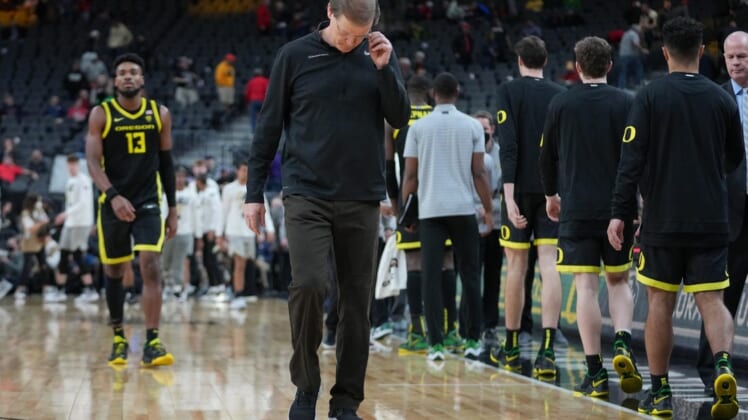 Five-star recruit Mookie Cook backed out of a commitment to play for Oregon and Dana Altman in 2023.

Cook, ranked No. 5 by 247Sports and No. 8 by ESPN in next year’s college basketball class, picked the Ducks over Gonzaga and Kentucky in March.

“I would first like to say thank you to coach Altman and the entire basketball coaching staff at the University of Oregon for believing in me,” Cook wrote via Instagram. “I am grateful for their support, as well as the fan’s. However, after much consideration and talks with my family, I’ve decided to reopen my commitment. During this time I will weigh other options in addition to the University of Oregon. I look forward to the continued support as I embark on this journey.”

The 6-foot-7 forward from Portland played last season in Arizona at Compass Prep and spent most of his summer away from the AAU circuit to play a role in the Peacock Network series “Shooting Stars.”

Cook was cast for the role of LeBron James in the series.

Kansas, Memphis, Arizona and Arizona State were among programs Cook said he considered during his initial recruitment.