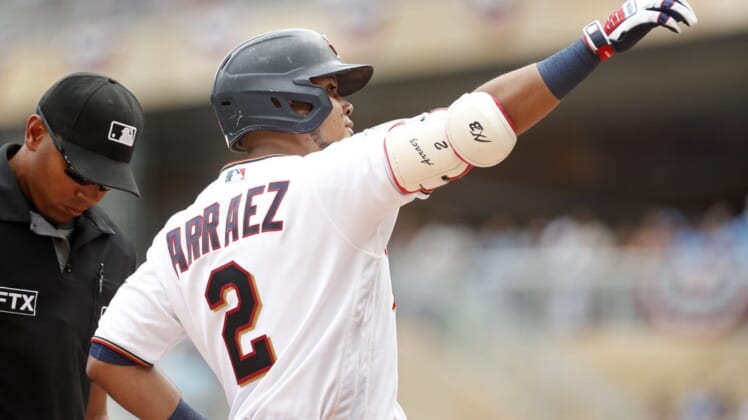 Jorge Polanco hit a three-run home run and Carlos Correa added a two-run shot to highlight a five-run third inning and lead the Minnesota Twins to a 6-3 victory over the Chicago White Sox on Saturday in Minneapolis.

Luis Arraez also homered for the Twins, and Correa and Polanco each finished with two hits as Minnesota improved to 6-3 against the White Sox this season.

Dylan Bundy (6-4) picked up the win, allowing three runs on five hits over 5 1/3 innings. He walked one and struck out three while improving to 6-0 in nine career appearances (eight starts) against the White Sox. Jhoan Duran pitched two scoreless innings to pick up his sixth save.

For Chicago, which had a four-game winning streak snapped, Yoan Moncada went 3-for-4 with two runs, and Andrew Vaughn and Adam Engel had two hits apiece. Lance Lynn (1-3) suffered the loss, allowing six runs on seven hits over five innings while striking out six.

Minnesota, outscored 18-4 while dropping the first two games against Chicago, took its first lead of the series in the first inning when Arraez led off with his fifth home run of the season. The 403-foot drive off the facing of the second deck in right-center field was the second leadoff homer of Arraez’s career.

The Twins extended their lead to 6-0 in the third. Gary Sanchez opened the inning with a single and scored one out later on Correa’s 11th home run of the season, a 421-foot drive deep into the second deck in left. Byron Buxton and Max Kepler followed with singles, and Polanco then hit his 14th homer of the season.

Chicago cut the deficit to 6-1 in the fourth when Moncada reached on an infield single, advanced to second on a passed ball by Sanchez, took third on a double by Vaughn that Max Kepler had go off his glove as he crashed into the right-field wall, and scored on a groundout by Jose Abreu.

Vaughn made the score 6-3 in the sixth with a two-run single, driving in Tim Anderson, who had singled and advanced to third on a double by Moncada.