Five-run inning gets Dodgers past Rockies 5-3 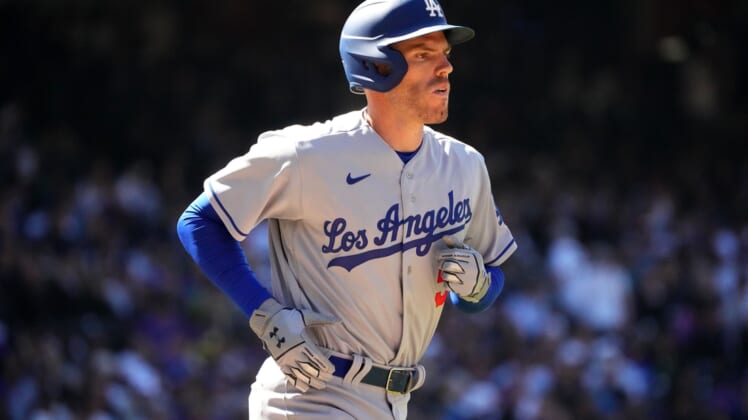 Chris Taylor had two hits and Gavin Lux drove in two runs out of the No. 9 spot in the lineup as the Los Angeles Dodgers beat the Colorado Rockies 5-3 at Denver on Friday in the season opener for both teams.

Walker Buehler (1-0) allowed two runs on four hits in five innings in his first-career Opening Day start, and new Los Angeles closer Craig Kimbrel allowed a run in the ninth before picking up the save.

Ryan McMahon, Connor Joe and Elias Diaz each had a hit and scored a run for Colorado.

The Rockies took a 2-0 lead in the second inning against Buehler. McMahon opened with a double to left and moved to third on Joe’s single to center.

Randal Grichuk, acquired from the Toronto Blue Jays during spring training, grounded out softly to first base to drive McMahon with the first run. Diaz grounded out to first to move Joe to third base.

Jose Iglesias followed with a single to center to bring home Joe and give Colorado the multi-run advantage.

In the fourth inning, Los Angeles broke through against Rockies starter Kyle Freeland. With one out, Will Smith singled to center and Taylor doubled on the next pitch to put runners on second and third.

After Cody Bellinger popped out to the catcher, Lux brought home Smith and Taylor with a single to center, tying the game. Mookie Betts gave the Dodgers a 3-2 lead with a double to left.

Freddie Freeman, in his Dodgers debut after he was signed as a free agent this spring, followed with a walk, ending Freeland’s day after 74 pitches.

Freeland (0-1) allowed five runs on five hits, walked two and struck out six in 3 2/3 innings. He had a wild pitch and also hit a batter.

Tyler Kinley relieved Freeland and gave up an RBI single to Trea Turner, while Freeman took third. Kinley then threw a wild pitch over the head of Justin Turner to bring home Freeman with the fifth run of the inning.

The Rockies made it close in the ninth when Diaz doubled with one out, moved to third on a strikeout and scored on Charlie Blackmon’s double. Kimbrel, acquired in a trade this spring from the Chicago White Sox, struck out Kris Bryant to end the game.