There are no concrete suggestions that the Cleveland Cavaliers will be placing Kevin Love on the trade block this summer. However, we can read between the lines here.

It’s rather obvious that Love is not that third building block for the Cavaliers. That’s been magnified to a T during the NBA Finals, an eventuality Cleveland itself will likely come to here soon.

Despite the fact that Love’s trade value has to be at an all-time low, the Cavaliers could make the decision to move on from him.

In this, the team would like to add a couple assets to round out its depth chart.

Here are the five likeliest trade possibilities for Love when he’s almost certainly placed on the chopping block after the Finals. 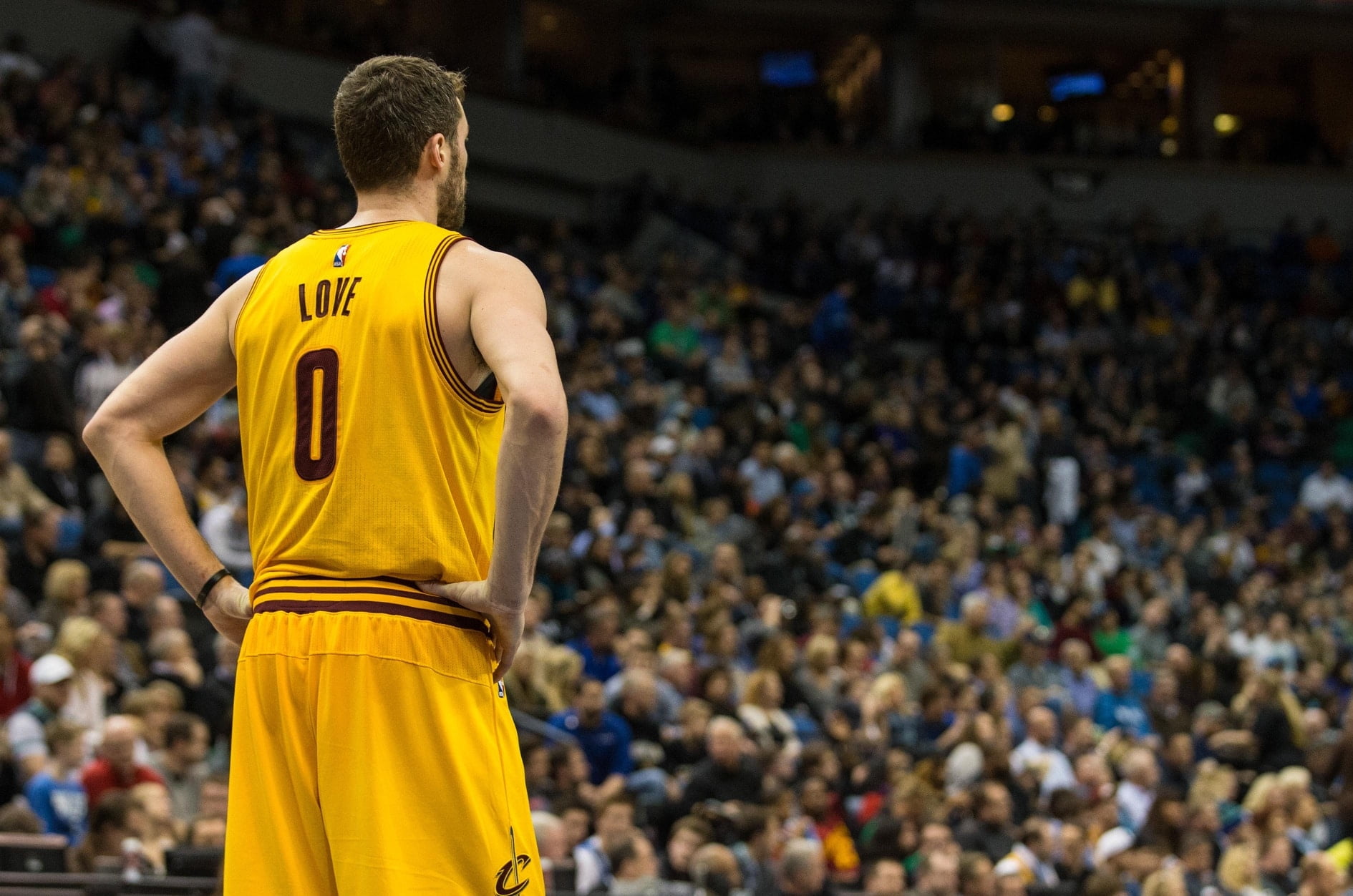 Prior to being dealt to Cleveland during the summer of 2014, there were many different rumors suggesting that Love, a UCLA alum, would return to Southern California to play for the Lakers. Nothing really materialized from those rumors, but the linkage was real there.

Fast forward two years, and given how things have materialized for both Love and the Lakers, this is actually a marriage that makes more sense.

First off, Luke Walton will want to find a stretch four to play in Los Angeles. The current Golden State Warriors assistant will be bringing the same scheme with him in his first season with the Lakers, and finding a player of this ilk to stretch the low post will be one of his first orders of business.

With a total of $40 million coming off the books between Kobe Bryant and Roy Hibbert, Los Angeles definitely has the cash to make a deal like this work. That’s a bonus, because it doesn’t possess the capital of large contracts to make the money match up.

Assuming Love’s trade value is at an all-time low, the Lakers might be able to get away with giving up a combination of Lou Williams, Julius Randle and Brandon Bass for Love.

If Cleveland were able to nab two of those players while saving a ton of cash under the cap, it would strengthen the team’s bench and give it money to spend in free agency.

If Cleveland wanted to go with more traditional big than Love, the Celtics might very well be a solid trade partner here. The money could also match up extremely well for both sides.

First off, Love would excel in Brad Stevens’ offense with Isaiah Thomas’ outside shooting ability. Giving them two solid perimeter options, one of which can also dirty it up inside. This could extend Boston’s offense a great deal.

We’ve seen Boston’s scheme mirror that of what both Cleveland and Golden State run. But it’s also predicated on extending the low post to the perimeter, which is more akin to what the Warriors do. That’s a scheme that would fit Love’s talents to a T.

If Cleveland were to look to work out a deal with Boston, Amir Johnson would be the one central part of the trade to head to the Cavaliers. While nowhere near the offensive player Love is, Johnson has proven himself to be a much better defender. Needless to say, that’s been a major issue for Love during his short stint in Cleveland.

Boston could then add more to the pot by making Kelly Olynyk a part of the package, further improving Cleveland’s presence on the interior.

Not only would this give the Cavaliers two solid rotational big’s, it would give Boston the ability to still add a top-end free agent this summer, something we know the team is looking at doing. 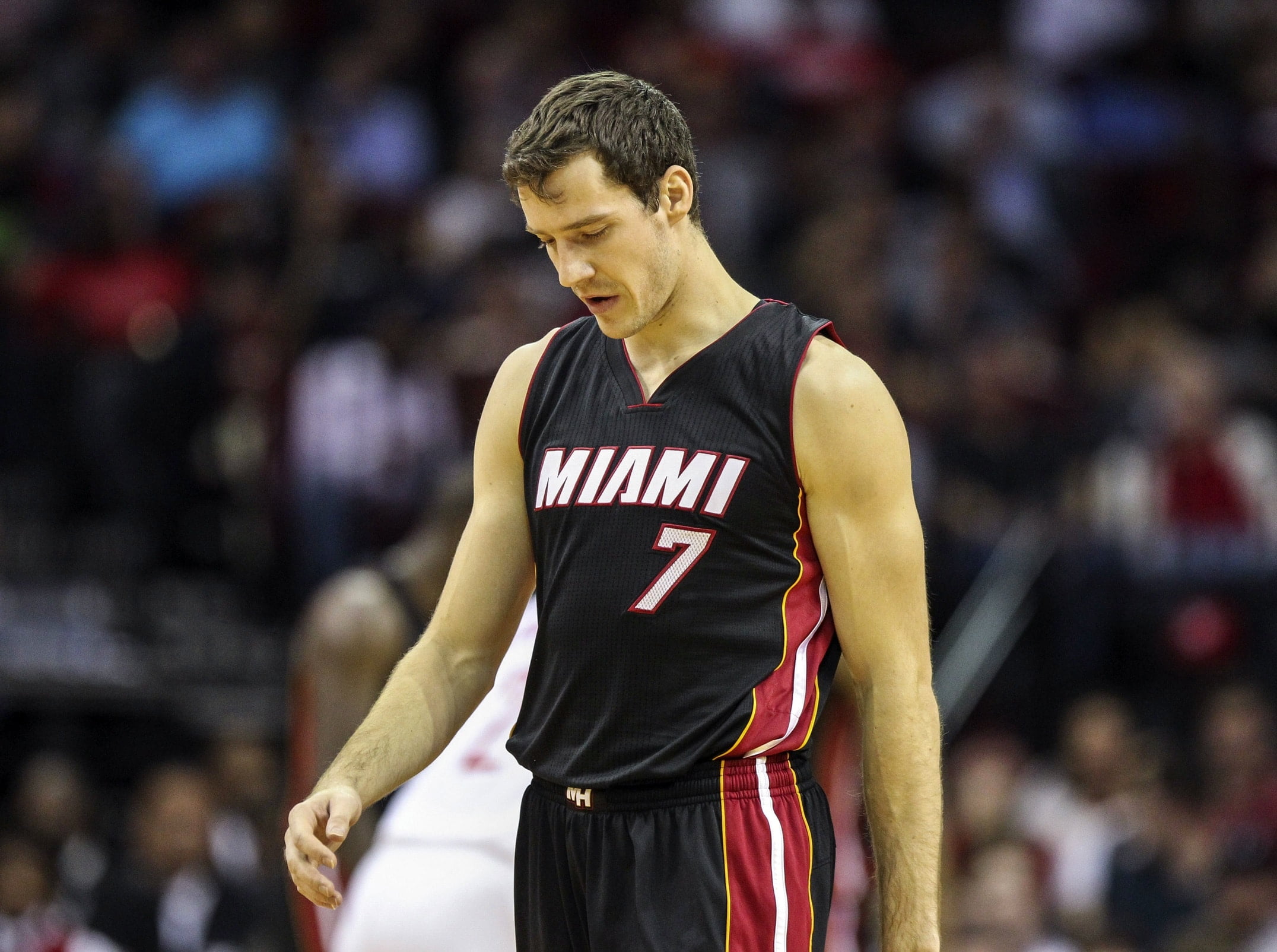 Wouldn’t this be a hoot and a half? James shipping off his whooping boy to South Beach to team up with his best friend. In all seriousness, this is a deal that could make some sense.

First off, Miami has absolutely no idea as to whether Chris Bosh will ever return to the court following his latest bout with blood clots. While his condition should take precedence here, the Heat are going to have to prepare for the possibility that Bosh might have to retire.

Miami struggled a great deal from the perimeter this past season. And in reality, that’s one of the primary reasons the team struggled in the playoffs. Adding Love’s outside game from the four would be huge for Dwyane Wade and Co.

To make this deal work, another team would have to get involved and take on Goran Dragic’s contract. That’s what makes it so difficult to fathom, especially considering Miami just invested a ton of cash on the point guard. Losing Dragic would also leave a major hole at point guard.

Maybe a squad like Milwaukee could get involved, taking on Dragic’s deal while sending Michael Carter-Williams to Miami and Greg Monroe to the Cavaliers. This is a hypothetical that could work for all three squads.

Let’s assume for a second the Raptors are able to retain soon-to-be free agent DeMar DeRozan. It would still need to add another top-end player to go with this All-Star backcourt in order to contend back east. That’s what could make this potential deal more difficult considering the team Toronto will be contending with is Cleveland.

Though, the parameters of a deal do make some sense here. If the Cavaliers wanted to build some depth in trading Love during the summer, they probably couldn’t do much better than adding Cory Joseph and Patrick Patterson as backup options in this hypothetical deal. 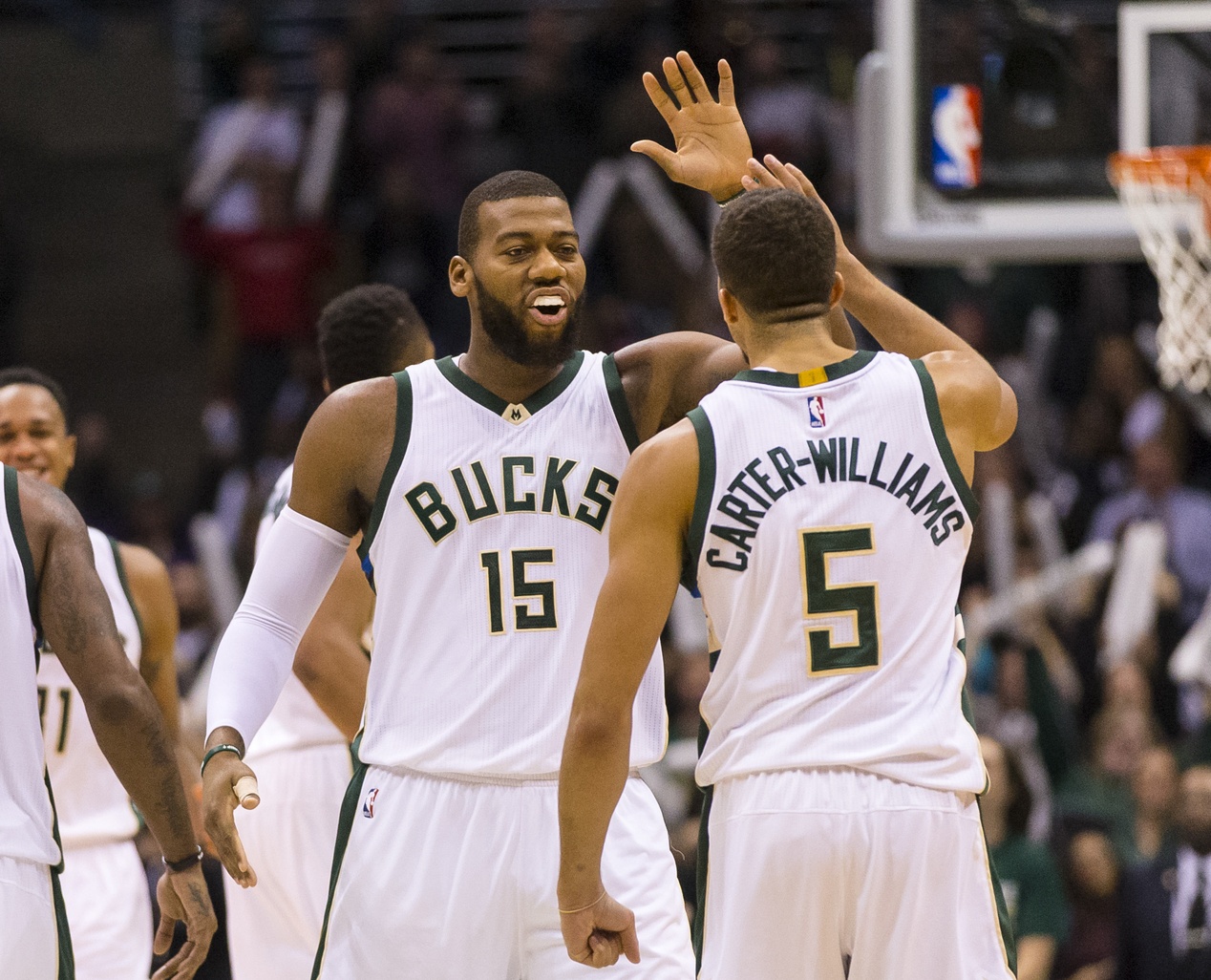 We already know that the Bucks’ investment in Greg Monroe didn’t pay off. Now, less than a year after signing him, the big man is already on the trade block. If Cleveland’s primary focus is to add a better interior presence than what Love has given the team, Monroe would be the logical choice.

More so than this, the numbers match up nearly perfectly. Monroe has two years remaining on his deal at $16.4 million. Meanwhile, Love is set to make less than $20 million annually for the next four seasons.

To make this work, Milwaukee could also potentially sweeten the pot with Michael Carter-Williams, which would give Cleveland the backup point guard it desperately needs behind Kyrie Irving.