Five NFL rookies who won’t live up to the hype 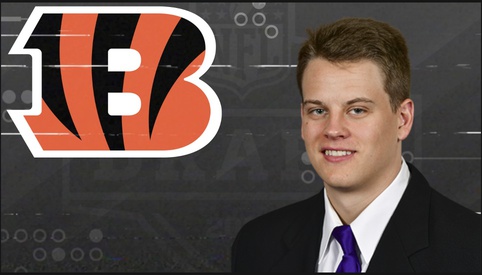 The 2020 NFL Draft was full of big-name players at quarterback. That includes No. 1 overall pick Joe Burrow, who expects to start as a rookie.

On the other side of the ball, a combine workout warrior in that of linebacker Isaiah Simmons seemingly finds himself in a great position with the Cardinals. Though, will the linebacker/safety hybrid be utilized to the best of his ability?

These are among the five much-hyped rookies from the class of 2020 who will not live up to expectations early on.

Cincinnati seems boast the foundational places in order for Burrow to have success as a rookie starter. A.J. Green returns after an injury-plagued 2019 campaign. He’s joined by Tyler Boyd and rookie second-round pick Tee Higgins as options for the reigning Heisman winner. Meanwhile, one of the game’s best running backs in that of Joe Mixon will help shoulder the load in the backfield.

Even then, rookie quarterbacks tend to struggle out of the gate. Burrow is no different in that he’s still learning the position after being a full-time starter just one season in college. He’s going to throw interceptions. And a lot. Don’t expect the No. 1 overall pick to immediately become a Pro Bowl-caliber player. It’s going to be a process. And it will lead to some initial struggles.

A standout during the NFL Scouting Combine, Simmons was one of the biggest steals of the 2020 NFL Draft. He’s going to team up with the likes of Chandler Jones and Budda Baker to form an elite defensive trio in the desert.

Unfortunately, the Cardinals have noted that they don’t have a set position for the former Clemson product to play. He’ll initially be used as a linebacker, but will also suit up at safety at times. As we saw with former Miami Dolphins top pick Minkah Fitzpatrick, that’s not normally a recipe for initial success. Simmons has to be used in a specific role in order to get the most out of him. I am not sure the Cards’ plan for him will include that.

The fastest receiver in the 2020 NFL Draft, Ruggs is coming off a dominating college career with Alabama. He will more than likely start as a rookie opposite veteran Tyrell Williams in Vegas. In no way does this mean we can expect a stellar initial season for the electric receiver.

Outside of potentially quarterback and left tackle, wide receiver is the biggest learning curve from the college ranks to the pros. As for Ruggs’ situation, Derek Carr is still slated to start for the Raiders next season. That’s not an ideal situation for a guy who is known for taking the top off the defense. Carr struggles to stretch the field. Heck, he doesn’t try too often. Until Las Vegas has a quarterback who is more willing to throw deep, Ruggs won’t be utilized to the best of his ability.

Interestingly enough, Indianapolis already boasts a young running back in that of Marlon Mack who gained nearly 1,200 total yards last season. That’s why it was a surprise that Indianapolis exhausted a second-round pick on this record-breaking former Wisconsin standout.

This leads me to believe that Taylor will not live up the hype a rookie. It’s a basic mathematical equation. Despite his tremendous amount of talent, Taylor simply won’t see enough touches to be relevant. That’s the harsh reality of the situation in a modern NFL that sees teams utilize backfield by committees more often than not.

The long-anticipated union of Tua and the Fins became a reality last week when they made him the No. 5 overall pick in the 2020 NFL Draft. To be perfectly clear, Tua is the team’s most-talented quarterback since the days of Dan Marino.

Though, the former Alabama star will likely have to wait a full season before making his impact in South Beach. Tagovailoa underwent hip surgery after suffering a serious injury late in his final season with the Crimson Tide. Miami is going to take it slow with the former Heisman finalist. Despite the hype, I am fully expecting Tua to take a red shirt as a rookie with Ryan Fitzpatrick starting for the Dolphins.