Once the standard to which every running back in the league was compared, Minnesota Vikings ball carrier Adrian Peterson is now on the downside of his career, facing the end of his tenure with the team that drafted him in 2007 out of Oklahoma.

A once-ballyhooed recruit from Texas, one who some felt could have gone straight from high school to the NFL, Peterson is just a shadow of his former self.

While his blocking in Minnesota, arguably the worst in the league, has not helped him in the slightest Peterson is still on the downside of his career. He’s missed all but three games this season with a torn meniscus and has played in a grand total of 20 games over the past three season.

In between his off-field issues in 2014 and this season’s injury-plagued stretch, Peterson did return to old form. He led the NFL in attempts (327), rushing yards (1,485) and rushing touchdowns (11) last season.

Despite this, it appears that Peterson is on his way out of Minnesota. If that were to come to fruition, either via a trade of after being released, here’s a look at his five-most likely destinations.

Before you raise pitchforks and light the torches, hear us out. 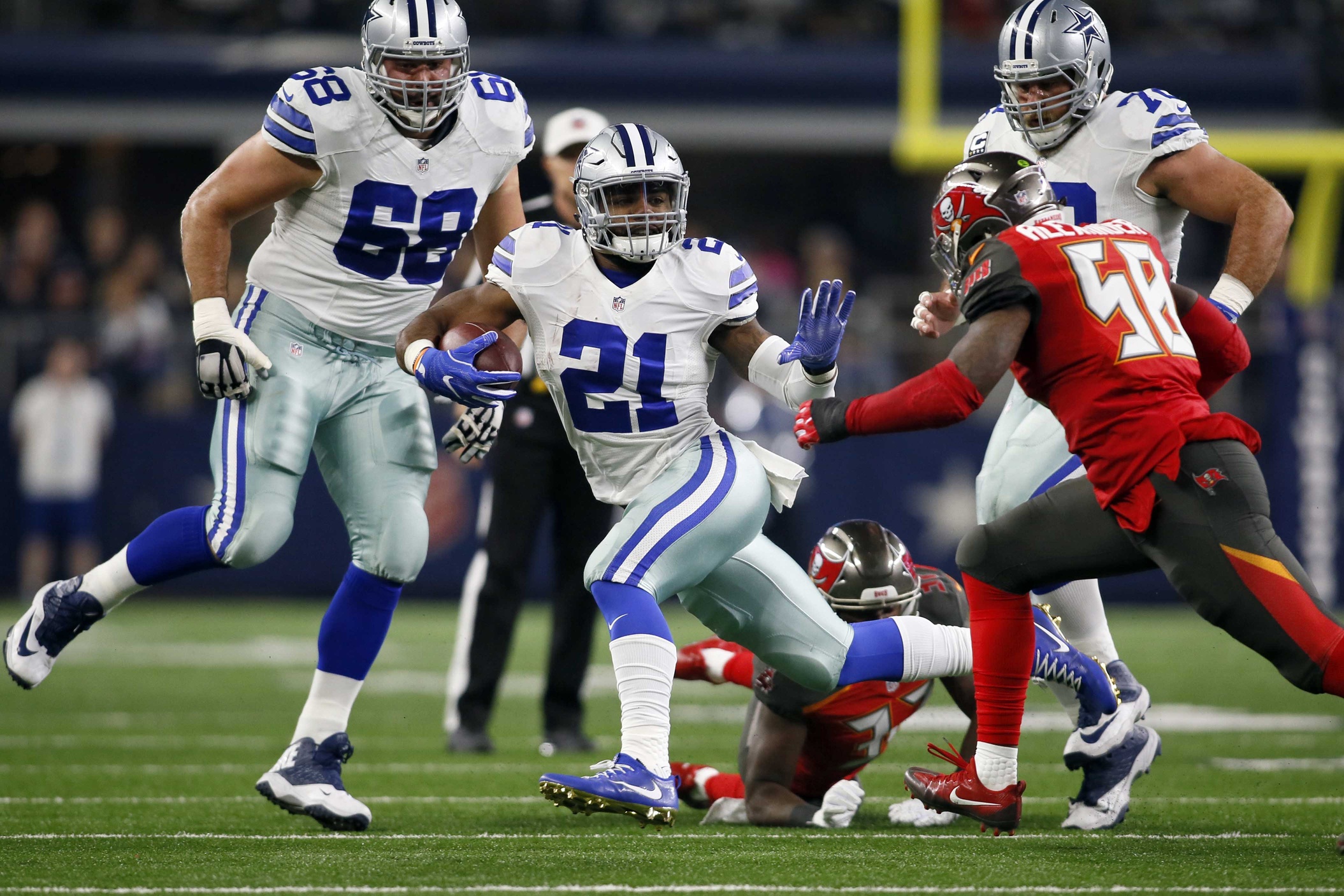 While Morris is a former Pro Bowler himself, who else would be better to rotate carries with a young Zeke Elliot poised for superstardom than Peterson, who was once in Zeke’s shoes himself?

Minimizing on the budding star will be key to keeping him healthy, and Peterson behind the best offensive line in the NFL could make a deadly run game even more effective.

Think about it, Peterson has made a ton of money in his career, over $71 million to be exact.

In Dallas, he could run behind an offensive line that would keep him untouched for over three yards at a time, while also limiting his hits and giving him the best shot at a ring he may ever get.

From a business standpoint for the future Hall of Famer, it makes immense sense.

Add in the allure of returning to Texas and being a hometown hero, and the Cowboys may be far more enticing than initially though on first glance. In fact, this has been bandied about as a possibility in the past (more on that here).

The main question here is, will Adrian Peterson accept a secondary role?

This pick is mostly a play on the revenge factor.

Peterson may harbor ill-feelings for a team that held him back for most of his career, from a championship standpoint.

Having to carry the team for most of his career after being surrounded by subpar talent, Peterson could easily look for an NFC North team with the right mix of talent to make a playoff push while allowing him to exact some revenge on the team that brought him into the league

The Detroit Lions have the perfect mix of that.

With Ameer Abdullah dealing with foot injuries, Dwayne Washington largely ineffective due to a complete inability to read a block  and Theo Riddick dealing with multiple injuries himself, Peterson could provide a steady presence alongside Matt Stafford.

Add in one of the better offensive lines in the NFC, as well as a quarterback who is actually capable of threatening a defense more than three yards downfield, and it could be the right mix of talent vs opportunity for the former Sooner.

While the probability isn’t overly high, it would make sense from the standpoint of being able to maximize his talent while also giving him a good shot at winning a ring. 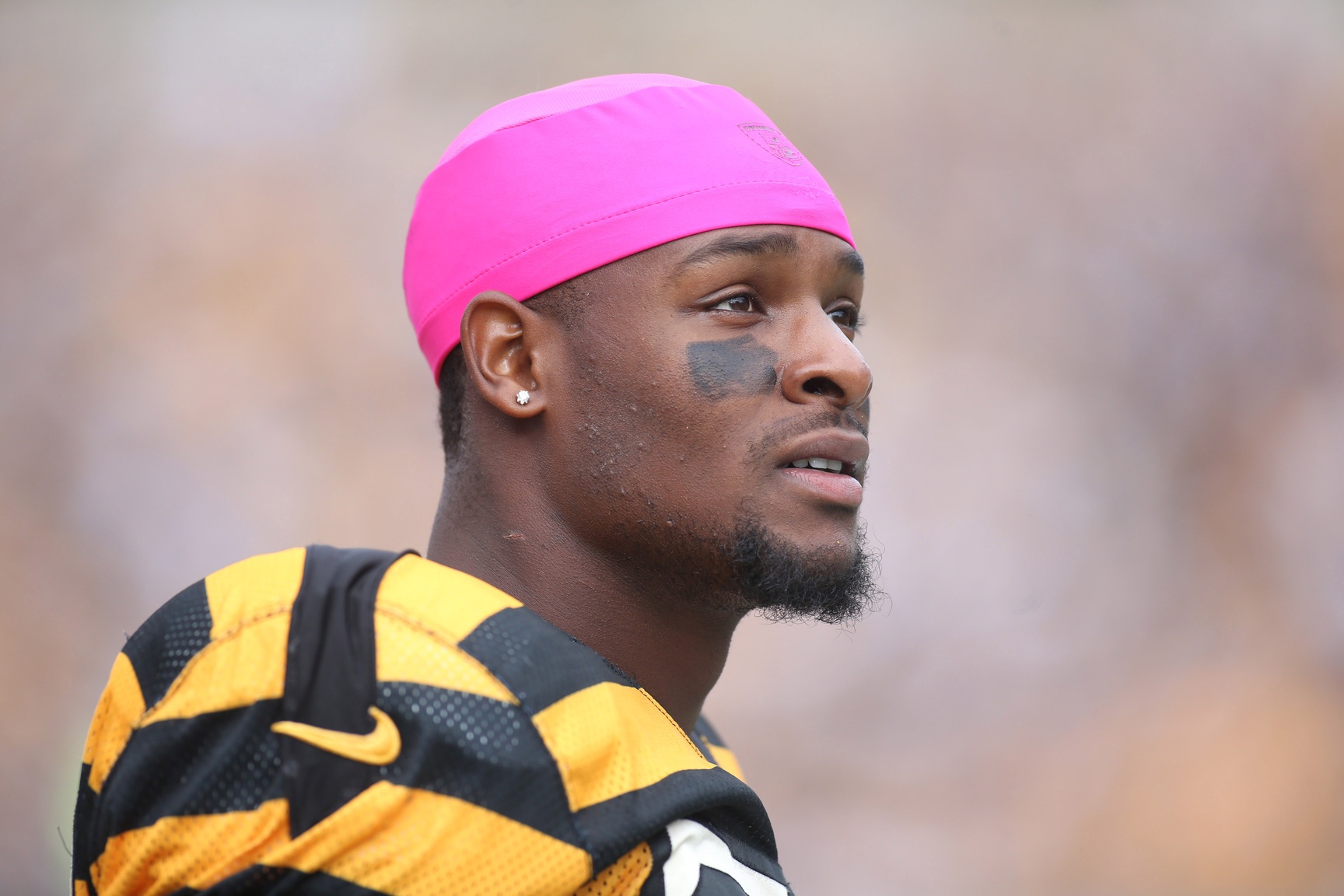 We feel it is safe to say that Adrian Peterson won’t go to a team in rebuild mode.

That’s fair, as his entire time in Minnesota was one giant rebuild.

That being said, most teams that are primed to win, or make deep playoff pushes, already have bell cow or premier players at the running back position.

Which means Adrian has a choice to make.

Does he accept a supporting role in exchange for a shot at a title or does he sign with a subpar team in an effort to be “the guy” one last time?

In Pittsburgh, Peterson would replace impending free agent DeAngelo Williams, giving Le’Veon Bell a breather and starting in the event of a Bell injury or suspension.

With an offense geared towards moving the chains and augmenting that with an explosive pass game, Peterson would be on the most-collectively talented and coached team in his NFL career.

With a borderline elite quarterback, paired with one of the more physical front lines in the NFL, Peterson could see a career resurgence as well as have a clear path to the playoffs in Pittsburgh.

A win-win, as his secondary role would allow him to minimize the toll on his body.

After appearing in Super Bowl 50 this past season, the Panthers fell off quite a bit, partly due to an offense that relatively imploded.

With injuries on the offensive line, as well as to starting running back Jonathan Stewart, the run game relied heavily on Cam Newton.

Tht’s a less than ideal situation.

With none of the backups inspiring any sort of faith, Peterson could come in and be an effective one-two punch with Jonathan Stewart.

With Stewart’s injury history, Peterson may even get some starts at running back, which may be ideal.

Add in a mobile quarterback and a well-respected coordinator, and it may be a very enticing situation for Peterson. 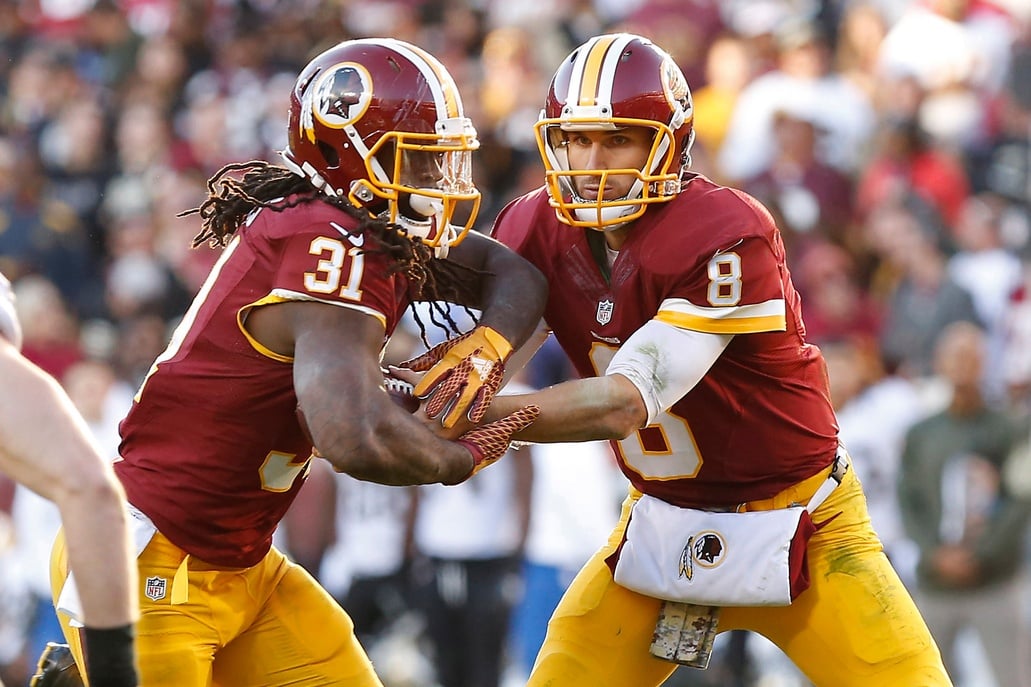 While not necessarily an overly enticing option, Washington is intriguing for a few reasons.

Boasting one of the best passing offenses in the league (no, seriously), Washington also has a steadily productive run game.

Despite that, no running back of the stable Washington employs has “wowed.”

Rob Kelley get’s love, but he is averaging 4.2 yards per carry and has less than 700 yards on the season.

Allow Peterson to become a mentor to the young Kelley, and give him carries behind one of the core underrated offensive lines in the league, and he may surprise you with what he has left in the tank.

With the Dallas Cowboys being the biggest Super Bowl contenders in the NFC, the race behind them is more or less wide open.

If Washington can have a legitimate threat in the ground game to pair with a surprisingly productive Kirk Cousins, it could surprise some more “talented” teams in the playoffs.