Five MLB Pitchers that need to find their mojo

One of the many things non-fans find to complain about the MLB season is its length. For them, 162 games followed by the postseason is too much to follow. That makes sense. If you don’t like the game, that is a whole lot of baseball. But if you do, it is not hard to see at least one significant benefit to such a long season.

Football teams can struggle for half the season and be written off at the midway point if their record is bad enough. But for MLB teams, it is a lot easier to recover. Since they play almost every day, it is a lot easier for baseball teams to ‘heat up’ and get back in the postseason race.

Of course, for that to happen, players that have struggled need to get their respective acts together. They need to start playing like the stars they are perceived to be.

Many teams could benefit from a few sleeping bats waking up, but they could benefit even more if a pitcher or two did the same. After all, a pitcher can take over a game by himself. He can make up for a weak offense by making the opposition’s offense even weaker.

This year there are a number of star MLB pitchers not living up to the hype. If they can wake up after the All-Star break, there could be hope for their respective clubs.

When you start your career red-hot like New York Yankees ace Masahiro Tanaka, there is only one thing that can happen. Eventually, you are going to cool off. It appeared that he might have had his cool down when his ERA went from 2.77 in 2014 to 3.51 the following season. But then he rebounded in 2016 with a 3.07 ERA.

This season, however, the cooldown is downright icy. Tanaka’s ERA is higher than it has ever been, and not just by a little bit (5.47). He’s striking guys out (9.09 per nine innings), but he’s also giving up hits and opposing batters are hitting .276. If that wasn’t bad enough, he’s already given up more home runs this year (23) than he did last season (22).

Yankees fans are accustomed to their team being the toast of baseball. But over the last few years, they have been dissatisfied. Their team has not won the division since 2012. At the All-Star break, they were only 3.5 games behind the Boston Red Sox. But the Tampa Bay Rays are too.

If they are going to have a shot at overtaking the Red Sox they will need their ace to start pitching like an ace again. 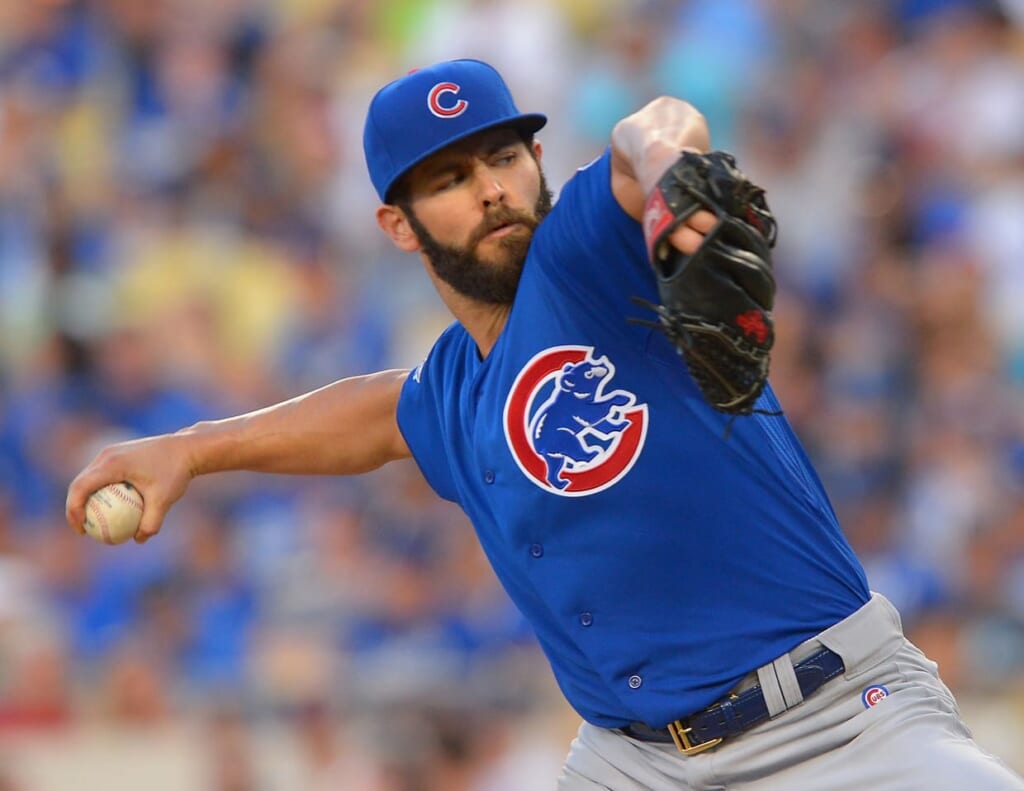 This season hasn’t been going as well for him. He’s still striking guys out (9.06 per nine innings), but he already has seven losses to his name. Last season he only had eight. Teams are hitting better against him this year (.248) than they have since he joined the Cubs (previous high was .203).

His ERA isn’t terribly high (4.35), but it is nothing like what Cubs fans have grown accustomed to seeing from him.

After winning the World Series last year, Cubs fans are still riding a high. This season, the team has played well below expectations. As a result, the Cubs are 5.5 games behind the Milwaukee Bucks in the NL Central and two games below .500.

They are not out of the division race by any stretch and need much more than Arietta to find his mojo again. But if Arietta did so, it would give the offense a little more time to wake up.

Adam Wainwright was once the ace of the Cardinals rotation. From 2006 to 2015 his ERA was never higher than 3.94. In that time frame, he helped the Cardinals win two World Series titles and four NL Central pennants. He can’t be given too much credit for the 2015 pennant since he was out for most of it with a ruptured Achilles tendon.

Coincidentally, that seems to be when his game started to go south. He pitched well before and after the injury.  But when the 2016 season rolled around he wasn’t the same guy. He pretty much struggled throughout the season and finished with the highest ERA (4.62) of his career for a full season.

Entering the 2017 season, the Cardinals were likely hoping 2016 was the exception and not the new rule. But so far, it isn’t looking good. Batters are making a lot of contact (.288) and a lot of runs are being scored against him (5.20 ERA).

Cardinals fans are hoping he’s just had a rough first half. They are likely hoping that the over-performing Brewers will cool off and open the door for their boys to overcome the 5.5 game hole they are in. Should the 35-year old Wainwright find his groove again, it is entirely possible. 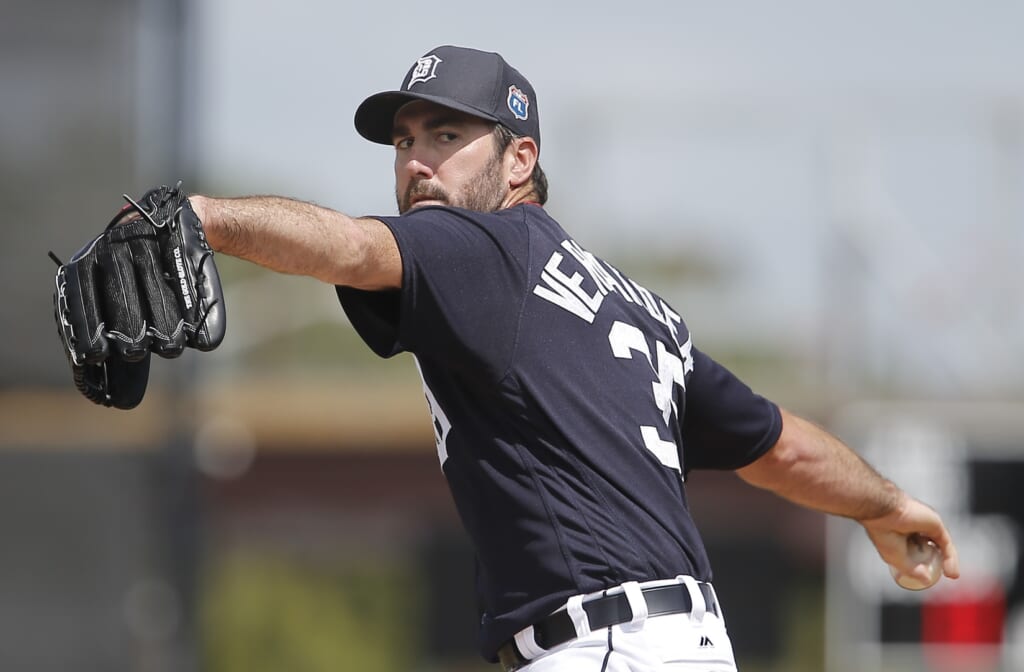 It almost seems strange to include a guy that was in contention for the AL Cy Young last season on a list of cold pitchers that need to heat up. When you consider he tied the team record for strikeouts on Opening Day (10), it seems stranger. But since then, he just hasn’t been the ace that fans are accustomed to seeing.

The problem is while they expect teams to offer a trade worthy of an ace, they will not get them. They may be willing to take a flyer on him in hopes that he turns it back around, but the $70 million he is owed under his contract will scare a lot of teams off.

The Tigers are nine games below .500 and eight games behind the Cleveland Indians. They’ll need some help from the offense as well, but if Verlander can wake the pennant is still within reach.

The Texas Rangers have been the toast of baseball in the Lone Star in recent years. They’ve won the AL West in four of the last seven years and made it to the World Series twice. This year, it appears like the Houston Astros are taking over the mantle of best in the state. However, the Rangers are not out of it yet.

It may seem like they are since they are two games below .500 and 16.5 behind the Astros, but the Wild Card is still within reach (three games back). To contend, their offense needs to wake up (.240 batting average; 27th in MLB). Their starting pitchers are not bad (4.25 ERA; ninth in MLB).

But the bullpen has been killing them.

Their relievers have one of the worst ERAs in the game (4.61; 25th overall). Only the Philadelphia Phillies have fewer saves (11) than the Rangers (13). Teams are hitting them well (.268; 27th overall), and only three have more losses (18). They are tied with the New York Yankees for the most blown saves in the league (17).

Turn those blown saves into wins and the Rangers are a half-game up on the Astros. For the Rangers to have a shot at a wild-card spot, they can’t keep blowing saves and letting leads slip away.

No one player can be blamed for the bullpen’s struggles. They have all been in on the struggles. Closer Matt Bush only has five of the blown saves. Bush and Sam Dyson account for most of the losses (10). Five others have chipped in at least one.

For the Rangers to climb into contention, they will need their bullpen to start earning their paychecks.