Five eSports to watch in a world without traditional sports 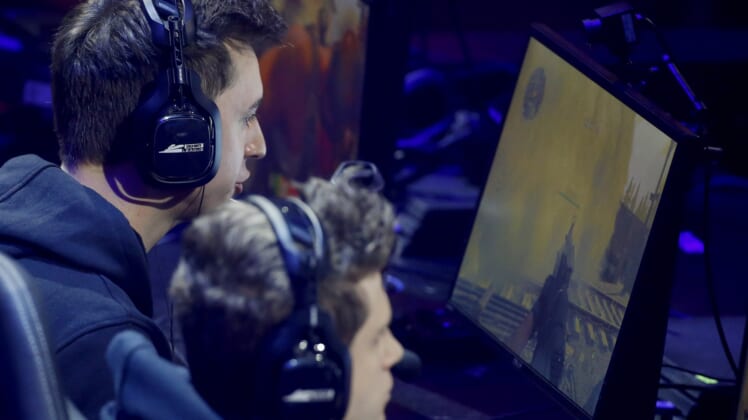 Sports fans have grown accustomed to the perfect seasonal schedule where they can alternate between the NFL, NBA and MLB seasons without missing a beat. But the COVID-19 epidemic has brought traditional sports to a halt with the NBA’s ongoing season suspended and MLB pushing back the start of its season indefinitely. For fans looking for their fix of entertainment, the rise of eSports could be coming just in time.

eSports’ popularity has skyrocketed in recent years. The fast-growing industry generated $1.1 billion in global revenue this past year and reached an audience of more than 453.8 million people, per Newszoo.com. As the industry continues to grow, traditional sports leagues are even starting to get in on the action. In fact, Fox Sports 1 recently broadcasted an eNASCAR that had the sports world buzzing. After drawing more than 900,000 viewers, there will be even more eNASCAR broadcasts in the future.

While eNASCAR did well, it represents just a fraction of a much larger eSports world with an audience craving more content. Even with major tournaments suspended due to the COVID-19 epidemic, gamers are finding ways to put their skills on display and entertain fans.

Whether you’re a basketball fan looking for something to supplement the suspended NBA season, an NFL fan wanting to watch some highlight plays and thrilling fourth-quarter comebacks, or just a gamer looking for fun, eSports offers it all. Here are five eSports to watch in a world without traditional sports.

While the NFL season is over and EA Sports canceled its Madden NFL Championship, there is still football to watch for hard-core fans. The situation is even better for football fans because they don’t need a cable provider to watch their favorite sport. There are almost always live Madden 20 games broadcasted on Twitch.

It might not seem exciting at first to watch someone else play football, but the action can be thrilling. Witnessing some of the best Madden players in the world execute their offense like Sean McVay and finding ways to make absurd, highlight-caliber catches is just the start of the experience. We all want to experience more football during those long days and weeks without the NFL, the entertainment is out there.

The sudden suspension of the NBA season was crushing to countless basketball fans. After months of watching LeBron James and Luka Doncic light up the league with absurd play, we were just starting to see Ja Morant and Zion Williamson deliver jaw-dropping moments. More one-handed dunks and between-the-legs passes were seemingly taken away from us, but they can still be found.

Adjusting to the experiencing of watching NBA 2K will be different, but it’s quickly gaining popularity. The Phoenix Suns are leading the way in connecting with the audience, broadcasting each game on the remainder of their schedule for fans. Starting on March 27, per ESPN, NBA 2K League will broadcast an online three-on-three tournament for fans to enjoy. Professional athletes are even getting in on the action, broadcasting their 2K skills. Whether you want to watch top athletes talk trash to each other while playing the game or see some of the best in the world make alley-oop jams look routine, everything is within reach.

Call of Duty is one of the most iconic video games in recent years and it continues to deliver plenty of fun. Most recently, it launched “Call of Duty: Warzone“, a free-to-play battle royale. Even if gamers don’t have the latest “Call of Duty: Modern Warfare”, the latest version is available for all. While it might not be the kind of sports action that fans are used to, there’s plenty of fun to be had.

There are more than 30 million players right now enjoying the game and there are countless live broadcasts available on Twitch. Whether you’re just getting into video games or are an avid gamer, watching masters of their craft snipe opponents like a decorated marksman or wipe out a bunch of enemies, can be thrilling. What makes it even better; there are multiple game modes that will keep the audience coming back and ensures that there is always something new to enjoy.

At a time when first-person shooter games are insanely popular, Counter-Strike continues to prove itself as one of the best. It’s rare for anything, whether it’s food or a game, to be received favorably by more than 90% of audience and critics. That’s something CS:GO has that makes it stand out and it’s another reason why fans should be jumping in on this.

The CS:GO’s world rankings showcase the greatest of its millions of players and it’s one of the most popular series on Twitch. For people looking for a game that requires a lot of strategy and communication, key things found in traditional team sports, CS:GO brings that and it remains captivating. There are also plenty of YouTube channels that broadcast tournaments and have archived matches, allowing fans to watch as much CS:GO as they want.

Similar to Counter-Strike, Overwatch is a first-person shooter game that draws an incredible streaming audience from millions of gamers. It’s a team-based game that brings some of the best players from across the globe together to compete and prove their skills. Better yet, the intensity will be even greater with Overwatch with its biggest league returning and the broadcasts are just as epic as the competition.

While the Overwatch League (OWL) had to postpone some tournament due to the COVID-19 epidemic, it’s now coming back thanks to remote competition. OWL scheduled 16 games starting on March 24. All of the action can be found on their YouTube Channel, which will stream every game as teams from across the globe battle it out.