Five compelling under the radar college football teams in 2020 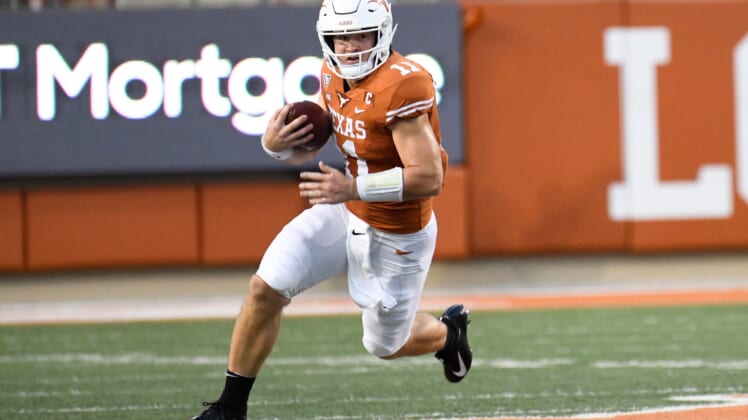 Every year, there are a handful of teams who shock the college football world. In 2019, it was the LSU Tigers, who came out of nowhere to win the National Championship and to have one of the greatest collegiate football seasons of all time.

In 2018, it was the Utah State Aggies, who was lead by a barely known quarterback named Jordan Love. The Aggies finished 11-2 and would end their season with a dominating win over North Texas in the New Mexico Bowl. Jordan Love just got drafted in the first round by the Green Bay Packers in the 2020 NFL draft.

Here are the top five under the radar college football teams in 2020.

However, this does not mean Washington is out of the running in the Pac-12.

On offense, the Huskies are undergoing a complete overhaul. Their quarterback, Jacob Eason, now plays for the Indianapolis Colts. They have a brand-new head coach and offensive coordinator, and their offensive line lost three out of the five starters.

In 2019, the Washington Huskies were 15th in the entire country in scoring defense. The defense is coming back with more experience, and that should only mean more good things to come for the Huskies. Their strength of schedule is going to pose a problem, however, if the offense can find its groove early, the Huskies should be one of the most surprising teams in all of college football.

The Tar Heels have shocked the college football world by bringing in a top 3 recruiting class in 2021. Many people think the Tar Heels are a few years away from being legitimate contenders. However, 2020 can already be the start of the rise for head coach Mack Brown and the North Carolina Tar Heels.

The Tar Heels have a true star at quarterback in sophomore, Sam Howell. In 2019, he finished the season as one of the best freshman quarterbacks in college football history.

The only tough opponents they really play are UCF and Auburn in Week 1 and Week 2. The rest of their schedule is filled with middle of the road teams. With Sam Howell gaining more experience and the rest of the team gaining more confidence, the Tar Heels should find themselves in the upper half of the Top 25.

It is remarkable how Boise State finished the 2019 season with a record of 12-2. The program was decimated by injuries, including freshman quarterback Hank Bachmeier. The Broncos are used to change and going into the 2020 season, they have to adapt some changes.

In 2019, they averaged 34.7 points a game which was 19th in the country. This was with an injury-prone freshman quarterback. The ceiling is sky-high for the offense is Bachmeier can stay healthy.

Boise State is one of the most consistent football programs in the past couple of decades. The Broncos seem to always be winning despite the changes that happen year in and year out.

Boise State finished with a conference record of 8-0 in 2019, and the program’s success in the Mountain West should remain the same. The only tough opponent will be Florida State in Week 3. Boise State should make a run at the perfect 14-0.

The Longhorns always have tremendous preseason expectations. Texas’ fans crave the rise to champion status. The past couple of years have left their fans disappointed. However, this might the year that Texas climbs to the top and makes a run for a national championship.

Texas finished the 2019 season with a disappointing record of 8-5. However, it was crippled by injuries especially on defense, and three out of the five losses came by seven points or less.

The key to the Longhorns’ success in 2020 will be the play of one of the best quarterbacks in the nation, Sam Ehlinger. He will need to improve on a season where he already had 39 total touchdowns. Ehlinger led an offense that ranked 17th in the country in points per game (35.2), and this number has to improve if they want to be national contenders.

The defense is young and talented, and if it continues to improve throughout the season, Texas will be a dangerous team. The entire country will know if Texas is a legitimate contender when they go to Baton Rouge to play LSU on Sept. 12.

If they win in Baton Rouge, then they might actually be back.

Their defense is one of the most suffocating and dominating defenses in the entire country. Defensive end Kayvon Thibodeaux showed flashes of how dominant he can be, and if he becomes consistent, that is bad news for the entire country.

They added two five-star freshmen to help build up their weak linebacker group, and their secondary will continue to be the anchor of a defense that only allowed 16.5 points a game (ninth in the country last year).

With Justin Herbert now on the Los Angeles Chargers, the Ducks have to make the critical choice of who will be their starting quarterback. They have a handful of quality quarterbacks to choose from, and if they make the right choice, the Oregon Ducks might find themselves in the national championship.