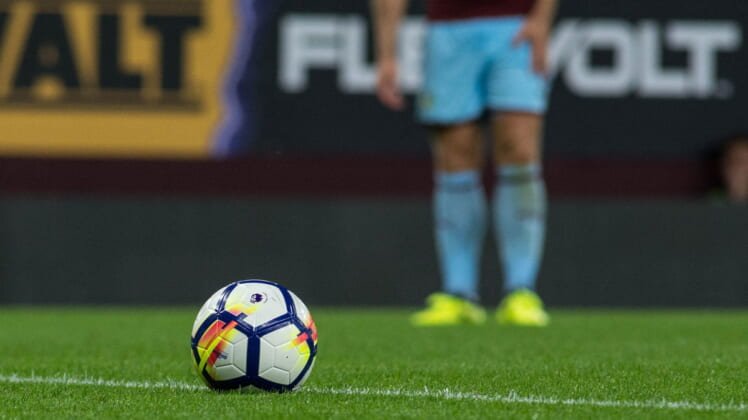 We’ve made five bold Premier League predictions and put our expertise to the test, covering this weekend’s action from Independence Day through July 6. With each team having only five games remaining, any mistakes now could end their seasons early.

The biggest game of the weekend pits Champions League-chasing Wolverhampton Wanderers against one of the league’s big-six, Arsenal. Find out who we think will win and much more below.

CHECK OUT: Our five bold predictions for the rest of the season. Including who we think will get relegated, win the golden boot, and take the Champions League places

Arsenal are coming off a 4-0 victory over Norwich City, the Premier League’s bottom team. This will give Mikel Arteta’s men a boost in confidence, as it’s the team’s third consecutive victory.

However, Arsenal is coming up against a Wolverhampton Wanderers (Wolves) team that has won all three games since returning from the COVID-19 shut down. It has not conceded a goal yet.

What makes this fixture the biggest of the weekend is that Wolves are sixth and Arsenal are eighth. Six points separate the teams in the league and a loss for either will have serious ramifications in their chase for a top-five finish.

Prediction: The first half will be cagey, with Wolves eventually breaking Arsenal down with a Raul Jimenez headed goal. Wolves 1-0 Arsenal.

CHECK OUT: NFL owners fear than the 2020 season could be canceled as COVID-19 pandemic worsens

Chelsea lost 3-2 to West Ham United on Wednesday and it opened the door for Manchester United and Wolverhampton Wanderers in their pursuit for a top-five finish. Until this loss, Chelsea looked slick, with Christian Pulisic pulling the strings and looking like a ready-made replacement for superstar Eden Hazard.

Since the restart, Watford has looked like a shell of their former combative self. They have only picked up one point against a struggling Leicester City, and have lost to both Burnley and Southampton. This run of results, when added to West Ham’s win, leaves Watford firmly entangled in a relegation battle.

Prediction: Watford will take a first-half lead as Chelsea struggle to build up any momentum. However, Frank Lampard’s second-half substitutions will pay-off and help earn Chelsea a 1-1 draw.

Newcastle United have returned rampant with victories over Sheffield United and Bournemouth, along with a 1-1 draw with relegation battling Aston Villa. Steve Bruce’s team goes into this game with nothing to play for as the team is safe despite early Premier League predictions making them relegation candidates.

Exclusive Offer: Get 50% off at Reebok.com NOW!

On the flip side, with the exception of West Ham United’s surprise 3-2 comeback victory over Chelsea, David Moyes’s team has been lethargic in their previous two losses. With that victory over Chelsea, West Ham will be expected to get a result against Newcastle. The question is, was the fightback against Chelsea all because of a VAR (Video Assisted Referee) blunder or a resurgence in form?

CHECK OUT: The NFL world reacts to increasing demand that the Washington Redskins change their name.

Liverpool has won the league and it’s likely Jurgen Klopp will be experimenting with his starting eleven after their shocking 4-0 loss to Manchester City on Thursday. We expect to see some of Liverpool’s youngsters and bench-warmers start, which will give a desperate Aston Villa a chance.

Despite being one of the relegation favorites, Aston Villa has shown some resilience since returning from the lockdown. They’ve only gained two points out of a possible 12 but against a Liverpool team with nothing to play for, they’ll prove to be a handful.

Prediction: Aston Villa will take a 1-0 lead early in the second half which will push Jurgen Klopp into putting on his A-team. Liverpool 1-1 Aston Villa.

Sorry Tottenham Hotspur fans but Jose Mourinho is not the manager to lead your team forwards. His original Didier Drogba target man tactic isn’t possible with Harry Kane and his plan-B of parking the bus isn’t effective against teams who’ll happily sit back. This game against Everton will again highlight how far Mourinho has fallen from Europe’s elite group of managers.

On the flip side, Everton’s Carlo Ancelotti is making Everton into a hard team to beat. Since returning from the COVID-19 lockdown, they’ve drawn with Liverpool 0-0, beat Norwich City 1-0 and Leicester City 2-1. There’s only one winner on Monday Night’s Football.

Prediction: Tottenham will huff and puff but do very little against an organized Everton. Expect Dominic Calvert-Lewin to score and give Everton a late victory. The easiest Premier League prediction to make this weekend, an Everton victory. Tottenham 0-1 Everton.