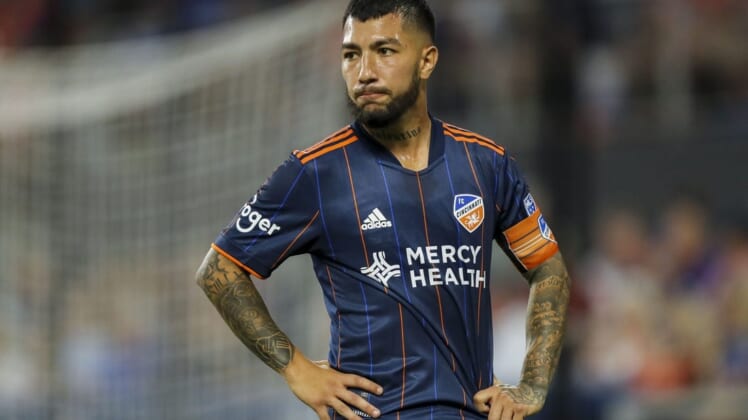 A crucial three points will be at stake when FC Cincinnati visits Inter Miami on Saturday.

FC Cincinnati (7-8-7, 28 points) sits in the seventh in the Eastern Conference, which will be the final playoff spot at the end of the season. Inter Miami (7-10-4, 25 points) is three points and four spots behind, holding a game in hand on Cincinnati and two of the other three teams in between.

FC Cincinnati is 0-1-5 in its past six outings and 1-1-6 since June 18, knowing they they need more to move up in the standings.

“Every game we play feels like it’s three very important points,” Cincinnati head coach Pat Noonan said. “… We have a team that’s right behind us in the standings. It’ll be an important game for us in terms of what the end of the season looks like, if we can go and have a strong performance and get three points.”

FC Cincinnati midfielder Luciano Acosta will return after serving a three-game suspension for a red card. Acosta is second on the team with six goals and had a goal and four assists on 11 shot attempts in his past four games.

Miami is 2-4-1 in its past seven games and has been shut out three times during that stretch while scoring more than one goal only twice.

The club has scored 22 goals through 21 games thus far, fewest in the Eastern Conference and second fewest in MLS overall. Eighteen of those goals have come on their home field.

The club hopes the addition of French forward/winger Corentin Jean can help boost the struggling attack. The 27-year-old is expected to make his MLS debut on Saturday.

“He’s at a brilliant age where he’s coming up to his peak,” Miami coach Phil Neville said. “He’s very versatile. … He’s got really good delivery from set plays and from wide areas. And he’s just got that big-game experience that we feel will give us that composure in the final third.”

Gonzalo Higuain, who is second on the team with four goals, has tallied four of his 17 career MLS goals against FC Cincinnati, his highest total against any opponent.