First Take: Raiders Win One For the Ages 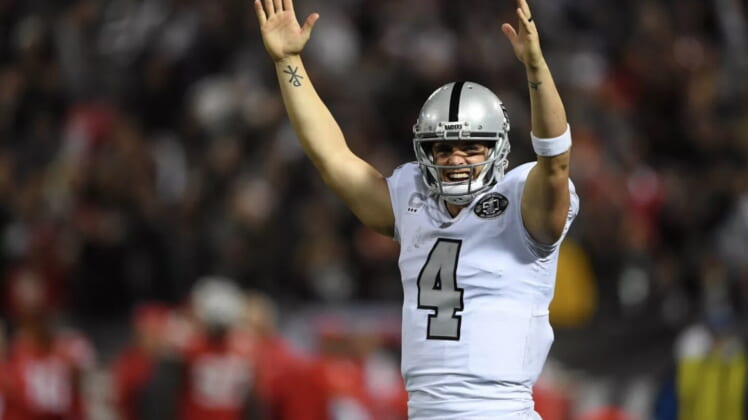 It was a must-win game for the Raiders and boy did they deliver. In what will certainly go down as one of the greatest games in the rivalry’s history, Michael Crabtree caught a perfect pass from Derek Carr for the win.

In what is yet another epic chapter in the long history that is the Oakland vs. Kansas City rivalry, the Raiders wowed a national television audience with a dramatic 31-30 win against the first place Chiefs snapping their four game losing streak.

It’s hard to know where to begin. The crazy, fast-paced first half, or the last 16 seconds of the game? The Marshawn Lynch ejection? The Michael Crabtree and Donald Penn sideline mele? Or maybe the career night Amari Cooper had. Take your pick. We’ll have to sleep on it but here’s some things to digest before you hit the pillow tonight:

Unbelievable game. So many things not believable. https://t.co/IG5oGXkQPm

@derekcarrqb showed his true colors. That's how you turn your season around! #RaiderNation

The most exhausting 16 seconds in the history of the NFL

Amari Cooper's 210 receiving yards on #TNF:
– Career high
– 2nd-most in a game in @RAIDERS history
– Most by a player in a game this season

My heart is still racing https://t.co/Zkp520TFvd

Not sure we've ever needed a mid-season victory more than this one. Division Rival. Home game. Righting the ship. Let's go #RAIDERNATION