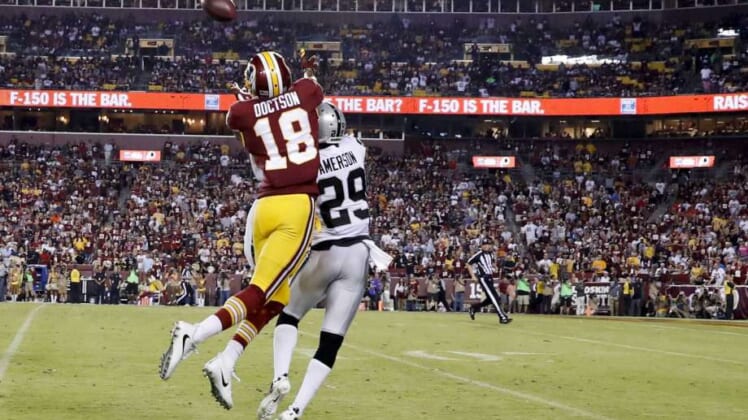 No one could have scripted the outcome of Sunday night’s game as the Raiders froze up on the national stage in a 27-10 loss to the Redskins.

From the get go, the feeling about this game was not good. Derek Carr – Mr. Everything for the Silver and Black – started the game with a poorly underthrown pass that was intercepted. The Redskins subsequently marched down the field and scored their first points of the game on a six-yard Chris Thompson touchdown scamper, and it would never get better for Oakland after that.

These are the types of losses in the NFL that a coaching staff and team must move past quickly. There wasn’t a whole heck of a lot to take away in the way of positive outcomes for the Raiders. All facets of the game seemed to fall apart for this young, talented, and usually focused team. Jack Del Rio and his staff will bury this game in the vault and look forward to a massive Week 4 matchup with AFC West division rival Denver.

Days like this can happen,” Del Rio said during his postgame press conference. “You just don’t want it to happen very often.”

Something tells us it won’t. Look for the Raiders to learn from this shellacking and be ready for a big battle in Denver on Sunday.